‘The Elder Scrolls 6’: Everything to know about the elusive action RPG

AirPods Studio announcement might have been moved to fall

4 leaked iOS 14 features that were confirmed in WWDC 2020

‘World of Warcraft: Classic’ gets Ahn’Qiraj content on July 28 while Blizzard continues efforts to ban exploiters 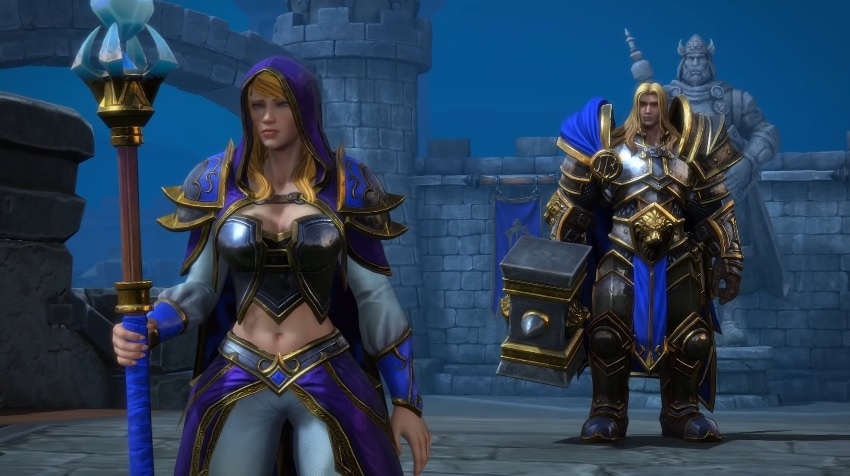 ​Blizzard Entertainment recently broke its silence and presented its general plan of future updates for “Warcraft 3: Reforged.” The developer reiterated its promise that highly requested features, such as Improved Matchmaking and Ranked Ladder, will be released in a major patch.

Aside from bugs and desync issues that were being complained about by “Warcraft 3: Reforged” players, missing gameplay features have also been causes of disappointment for many gamers. In every patch that Blizzard deployed for the remastered RTS, some fans have one recurring question: where are the Ranked Ladders and Matchmaking-related updates?

“Warcraft 3: Reforged” players last heard about Blizzard’s plans for these features in a statement in March. Developers said they are “prioritizing” the release of Ranked Ladders, Profiles, Clans, and Custom Campaign -- features that many players believe should have been available on day 1. The good news is Blizzard manifested that it has not forgotten about that promise. In a recent “Warcraft 3: Reforged” Developer Update, the developer reiterated that the work on delivering Improved Matchmaking and Ranked Ladders are still underway. The downside, however, is the lack of a specific release date window.

The other positive note is that the developer has finally provided more details on how it would revamp the “Warcraft 3: Reforged” matchmaking features. It appears that some of the related efforts have already started earlier this month as Blizzard reduced the high-latency games in Global Matchmaking by more than 60%.

The latest “Warcraft 3: Reforged” Developer Update detailed plans on improving the matchmaking system for 1v1, Team Games, and FFA. However, fans will have to wait for the next Developer Update to learn what to expect from the Ranked Ladder feature. When that happens, Blizzard only knows.

Gamers might agree that the tone of the recent Developer Update is more pleasant compared to Blizzard’s statement shortly after “Warcraft 3: Reforged” came out. It has been labeled as a “non-apology” by many fans and various reports.

In the Developer Update this month, Blizzard acknowledged that the game’s launch was a “challenging” one while also admitted that it has been “quiet” in the months that followed. “As our team works toward a roadmap that we can share in the near future; we’d like to start communicating more frequently and meaningfully about our plans, and what’s coming next for the game,” the “Warcraft 3: Reforged” developer added.