What is the Swiss model of co-operation with the European Union? 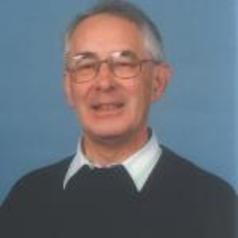 “Just look at how well Switzerland is doing alongside the European Union”, argued Michael Geoghegan, the former chief executive of HSBC in a recent Financial Times article.

His view is typical of the many who propose the “Swiss model” as the solution to the increasingly vexed question of what the UK’s relationship with the European Union would look like if it votes to leave.

His argument is that bilateral agreements similar to those enjoyed by Switzerland would soon follow a Brexit. But from the British eurosceptic point of view, there are problems with the Swiss example. Some of these are beginning to be noticed as the referendum nears.

The first is that present day Swiss relationships with the EU are not a carefully designed model. It just grew over the years, into complex assembly of individual deals.

Having stood aloof from European co-operation for a long time after World War II, Switzerland came to play a leading role in creating the European Free Trade Association. When the UK jumped ship, the remaining members signed free trade deals with the EU in 1972. The Swiss built on this with dozens of additional technical deals.

All this worked well until the EU became more dynamic in the 1980s. The Swiss government reluctantly proposed joining the European Economic Area in 1992 but the people voted against it in a referendum on December 6 1992. The government then had to freeze its membership application. This remained frozen until it was withdrawn in early 2016.

As a result, the Swiss government had to spend more than a decade seeking to negotiate individual agreements to compensate for being outside the EEA. The first batch (now known as Bilaterals I) came into effect in 2002 and covered seven areas, including agriculture, free movement, technical barriers to trade and air transport. They were all tied together by a procedural tripwire which means that, if Switzerland defaults on one, all seven will fall.

Bilaterals II, negotiated from 2004, covered areas such as tax, the Schengen area; processed agricultural products, the environment, pensions and education. All these are free-standing accords which came into effect between 2005 and 2009. Switzerland also has other arrangements with EU institutions and has unilaterally chosen to follow the bulk of EU regulations so that its goods are not excluded from the market.

Some Swiss feel they are actually closer to the EU than some member states. Their country does not, as some would have us believe, stand proudly alone. Switzerland is, for example, committed to the free movement of people because of its status as an associate member of the Schengen area. Many of its other advantages hang on maintaining this. Such a commitment is not something that would particularly appeal to Brexiters.

Nor would they be happy with a similar level of Europeanisation as can be seen in Switzerland. The Swiss have, in fact, autonomously decided to accept most EU regulations. This reflects the fact that they do even more trade with the EU than the UK do.

A third problem is that the whole messy structure is both incomplete and doubly contested. The two sets of bilaterals cover only a selection of the topics that the Swiss wanted to negotiate. The Swiss have been pushing for a further package to cover new areas – such as electricity connections – preferably as part of a bilaterals III package.

There has been an impasse on negotiations for seven years. Since 2009, the EU has argued that the bilateral approach has outlived its usefulness. It was legally unreliable and complicated to administer. It also provided no means of updating, so failed to keep pace with EU policy changes. Hence the EU wants a framework agreement which includes Switzerland accepting changes to European law and allowing the European Court of Justice to adjudicate on any disputes.

These have unpleasant implications for Swiss independence and opposition to closer relations with the EU has been growing as a result. But, at the same time, support for the bilaterals seems to have been declining a little inside Switzerland. In other words there is no agreed model to be copied and we might argue that the kind of deals made with Switzerland are not available to the UK today.

Finally, while it is true that Switzerland is a very prosperous country, this cannot simply be put down to its being outside the EU. It owes much to having been spared the economic destruction of World War II and having been able to profit from the subsequent rebuilding, which produced the “30 glorious years” of economic growth in Europe. The UK also lacks some of the economic strength and skill of Switzerland.

So there are lessons to be learned from Switzerland. Negotiating with the EU can take years. And it may not be possible to negotiate just on the areas the UK wants. Any gains can come at a price and can lead to what might prove an uncomfortable closeness to the EU – notably where free movement is concerned. This could, in turn, divide the Brexit camp, making negotiation harder.

Even if deals were signed, they would provide no guarantee that a UK outside the EU could overcome its longstanding productivity problems. So, as the Irish are reputed to say when asked for directions: “If I were you, I would not be starting here in the first place …”.

In the distant past Clive Church has received funding from bodies such as the British Council, The Levehulme Foundation and Pro Helvetia.