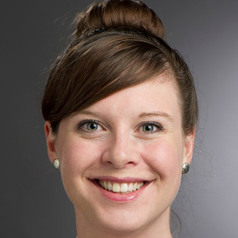 When the executive and legislative branches of the U.S. government don’t agree, especially on thorny, politically charged issues such as reproductive rights and immigration policy, they often seek ways to advance their agendas without actually passing legislation.

Presidents often use executive orders and other other presidential powers to declare policies, but those can be changed when new administrations take power.

The main method Congress has to set government policy is lawmaking, but the legislative branch often declines to make laws. This means that those seeking answers – both citizens and even Congress itself – turn to the courts for solutions to the nation’s most pressing problems. In 2020 alone, Americans asked the U.S. Supreme Court to rule on abortion, freedom of religion and immigration. Those are all issues in which recent congressional proposals have failed to become law, with the executive branch taking action instead.

A similar situation may be ahead over President Joe Biden’s proposed coronavirus rescue plan. On Feb. 2, U.S. Rep. Jim Clyburn of South Carolina, a leading Democrat, urged Biden to “use his executive powers … and let them take you to court.”

At times the Supreme Court has responded to lawsuits with action. In a now-famous 1974 ruling, the Supreme Court ordered President Richard Nixon to turn over his secret recordings of conversations held in the Oval Office. In that ruling, the justices quoted a landmark decision from the early days of the United States: “It is emphatically the province and duty of the judicial department to say what the law is.”

In general, though, the courts prefer to interpret the rules rather than make them. As far back as 1962, the Supreme Court declared that it, and the federal courts more generally, would seek to avoid what it considered to be political questions – questions best addressed with public debate and the legislative process.

At times, lawmakers seem to use cases against the president to avoid the need to pass legislation. The federal courts have consistently – and, at times, aggressively – rebuked members of Congress for bringing cases to court rather than using their own powers.

In 1999, for instance, U.S. District Judge Paul Friedman explained to the members of Congress who tried to sue President Bill Clinton over taking military action in Kosovo without congressional authorization: “The most that can be said is that Congress is divided … and that the President has continued with air strikes in the face of that divide. Absent a clear impasse between the executive and legislative branches, resort to the judicial branch is inappropriate.”

In a 2020 ruling, a three-judge appeals court panel dismissed a case in which legislators alleged Donald Trump illegally made money from foreign governments while serving as president. The court wrote, “The Members can, and likely will, continue to … make their case to the American people, their colleagues in the Congress and the President himself, all of whom are free to engage that argument as they see fit. But we will not – indeed we cannot – participate in this debate.”

Congress has even turned to the courts to get around its own internal disputes. The main Republican initiative of the Trump administration was an effort to repeal the Affordable Care Act, but it failed repeatedly – even when both houses of Congress and the White House were controlled by the GOP.

The disagreement was among Republicans themselves, who could not agree on what could replace the act. So they turned to the Supreme Court in hopes of overturning it – but failed. 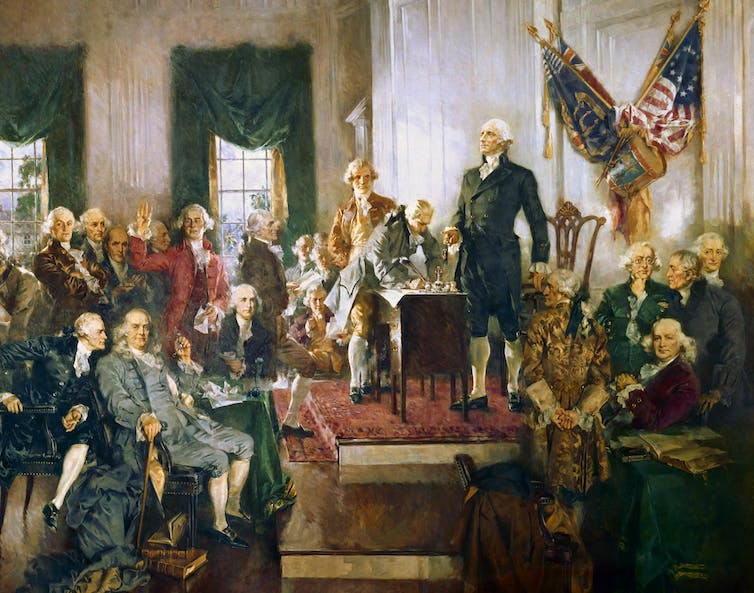 The founders imagined three branches independent from one another, not making one the referee between the other two. Howard Chandler Christy/Architect of the Capitol

A change in circumstance

The founders had not envisioned that Congress might seek help from the courts against the executive branch. When they crafted the Constitution, they expected, as James Madison said, each branch would have “independence” from the others and enjoy the “necessary constitutional means and personal motives to resist the encroachments of the others.”

They anticipated that the legislative branch would jealously guard its own powers, acting on its own rather than running to the courts. And that is what happened for the country’s first 150 years.

Then the political situation changed, making it more useful for Congress to largely cede its own power to the executive branch.

Over time, members of Congress have switched their energy from legislating to focus on helping constituents navigate the federal government’s bureaucracy, and on raising money to get reelected. They no longer have an incentive to produce significant legislation addressing big concerns in Americans’ lives. It’s easier – and more successful – to blame the other party for obstruction and then get back to helping voters and courting donors.

While legislators used to take positions to signal their views to constituents, there is increasingly as much incentive to avoid taking a position to hide views from constituents. Even when there is a genuine desire to pass major legislation, between the increased dysfunction in Congress and the increased partisanship, there are very few paths forward when it comes to controversial issues.

Over time, presidents have expanded the reach of the executive branch, using executive orders or departmental rule-making to adjust government policies. When members of Congress disagree with those actions, they no longer work on crafting legislation to address the underlying issue. Instead, they go to the courts and ask the judiciary to stop the president – often claiming that the president is usurping Congress’ power, even though Congress has refused to exercise that very power.

These interbranch conflicts have pulled the judiciary into political fights, resulting in regular public and media discussions of the political views of members of the Supreme Court. Often, judges are labeled not as neutral referees but instead as tools of the presidents who appointed them.

When he was president, Trump made that connection directly on several occasions, talking about “Obama judges” and referring to judges he had appointed as “my judges.” He even made clear he was nominating Amy Coney Barrett to the Supreme Court with the expectation she would help him win reelection.

Chief Justice John Roberts made a rare public statement defending the objectivity of federal judges – but Americans have an increasingly partisan view of the judiciary, especially since Trump’s three divisive nominations to the Supreme Court.

It’s a mixed-up system, where lawmakers are reluctant to make laws, presidents are left to find ways to force action, and judges are asked to make decisions about what public policies will be. It’s difficult to see how that arrangement can help the country address any of its pressing problems, but perhaps no surprise that so many have emerged and not yet been solved.