iPad Pro with 14.1-inch mini-LED display is ‘confirmed’ and it could launch in early 2023 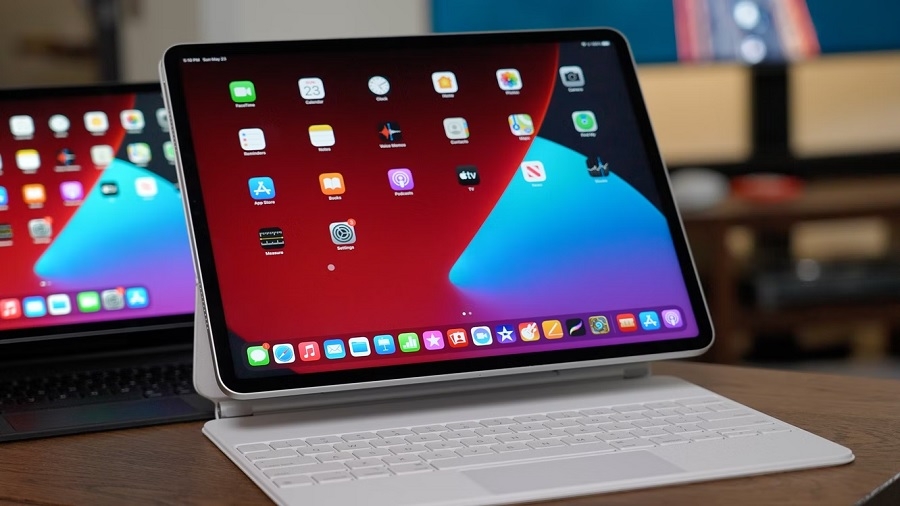 Apple has been rumored to be working on iPads with larger screens, and it appears that such a plan would be implemented on the iPad Pro line within a year. A new report claims the iPhone maker is "confirmed" to be working on a new iPad Pro model with a 14.1-inch screen.

The report comes from Display Supply Chain Consultants CEO Ross Young, saying on Twitter, "Confirmed the 14.1" iPad Pro is being developed with our supply chain sources." The analyst has been known for his oft-accurate reports based on movements in the supply chain, including a previous tip that the 2021 MacBook Pros would support ProMotion.

Confirmed the 14.1" iPad Pro is being developed with our supply chain sources. It will have MiniLEDs and ProMotion. Not sure of the timing, but early 2023 may be more likely.

Aside from having a larger screen, the new iPad Pro model is also expected to use a mini-LED backlighting solution and up to 120Hz refresh rate through ProMotion. Apple's plan to introduce larger iPads was also previously reported by Bloomberg's Mark Gurman. In an edition of the Power On newsletter in June 2021, he reported that Apple was "exploring larger iPads."

Gurman said at the time that these tablets with larger screens, that is if Apple decides to produce and sell them, could enter the market in the next two years. This lines up with Young's recent report. The analyst said the 14.1-inch iPad Pro does not have a final release timeline for now but noted that early 2023 could be a likely launch window for the product.

It is also worth noting that Apple is rumored to release redesigned models of the 11-inch and 12.9-inch iPad Pros sometime this year. The tablets are expected to be powered by the M2 chip, which was introduced earlier this week with the new MacBook Air at the opening of WWDC 2022. There are also reports that the upcoming tablets could support MagSafe charging and might even offer reverse wireless charging for gadget accessories.

Meanwhile, Young said the addition of the 14.1-inch iPad Pro does not signal the removal of the 12.9-inch model. He expects Apple to eventually offer the iPad Pro in three screen sizes.