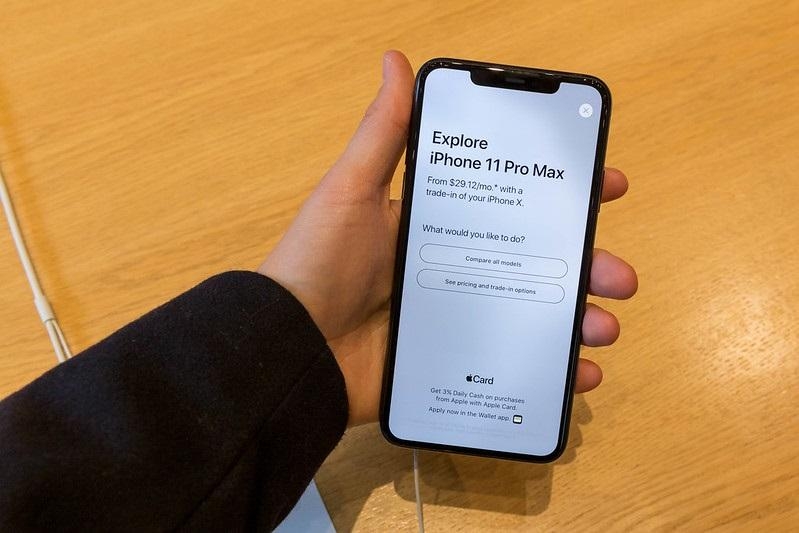 If there was one thing tech fans could count on every year, it was Apple’s consistent product launch event every September with the newest iPhones being the main stars. However, well-known leaker Jon Prosser reported that 2020 would be the year the tech giant is breaking that tradition.

Since the first quarter of the year, when COVID-19 was declared a global pandemic, it became clearer that nothing would be the same for the tech industry this year. Smartphone makers have an annual timeline, but that was most likely disrupted especially for devices that are usually announced in the latter part of the year. So what does this mean for iPhone 12?

Until last week, many fans remained hopeful that Apple would keep an announcement date in September with an understandably later release date. However, Prosser reported that the company is mixing things up this year with the iPhone 12 unveiling event “currently scheduled for October, not September.” The Front Page Tech creator also told a followed in the replies that iPhone 12 sales are “currently” slated in mid-October. 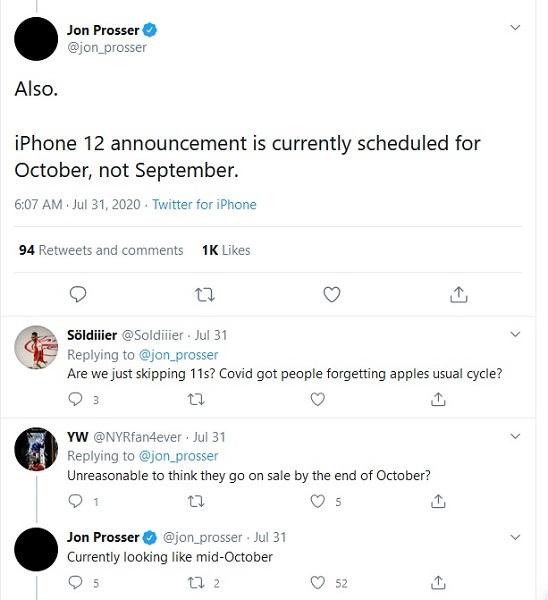 It is worth noting that AppleTrack lists Prosser’s leaks history with 77.8% accuracy, as of this writing. On the other hand, Prosser’s use of the word “currently” in the updates above is also a subtle reminder that Apple could change these details internally, so take these with a pinch of salt.

Compared to the final specs in the iPhone 12 and iPhone 12 Pro models, the announcement and release dates are pretty much more stable details. Aside from the screen sizes and cameras of these smartphones, other details still need further verification.

For one, reports on whether or not the iPhone 12 will feature a 120Hz display changes practically every week. Earlier reports claim it is a likely feature on the Pro models, but display analyst Ross Young reported recently that his sources “indicate no 120Hz hardware on new iPhones.”