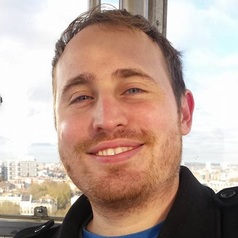 Star Wars is once again in the spotlight and pulling on nostalgic heartstrings in the new Disney+ limited series Obi-Wan Kenobi, starring Ewan McGregor and Hayden Christensen. The series follows members of the knightly order of Jedi as they are persecuted across the galaxy. What many might not know is the idea of the Jedi was heavily influenced by the real history of the Knights Templar.

The Knights Templar were a medieval religious order of knights created in the early 12th century following the First Crusade. The Order was created in 1119 by French knight Hugh de Payne but would consist of knights from all over Europe. The Templar knights originally patrolled the roads and protected pilgrims in the newly created Christian states in the Holy Land (an area roughly located between the Mediterranean Sea and the eastern bank of the Jordan River) but became rich and powerful over the next two centuries. The Templars’ sudden downfall in the early 14th century at the hands of a French King who sought their riches fuelled popular imagination for centuries – including, it seems, Star Wars.

In creator George Lucas’ 1973 two-page synopsis, titled the Journal of the Whills, which would outline what would one day become Star Wars, there is a mention of a Jedi Templar. American film historian J.W. Rinzler’s book, The Making of Star Wars, notes the link of the Templar and the Jedi in the character Chuiee Two Thorpe, who Lucas writes trains as a “potential Jedi-Templer [sic]”. “Templer” was dropped from the concept of Jedi in later drafts, it is clear, though, that the legacy of the Templars played a part in inspiring Lucas’ Jedi.

The Jedi are an ancient order of guardians who protect the peace and justice in the Galactic Republic in Star Wars.

In the original 1977 Star Wars film, audiences were introduced to the Jedi knights by Obi-Wan Kenobi (Alec Guinness), who explained, “For over a thousand generations, the Jedi knights were the guardians of peace and justice in the old republic. Before the dark times before the empire.” But it wasn’t until the trilogy of prequels, which were made between 1999 and 2005, that the Jedi were depicted as a monastic order that possessed the Templar inspiration seen in the original 1973 synopsis.

The Jedi Order operated independently, much like the Knights Templar – who answered only to the Pope. The Jedi lived by the Jedi code, while the Knights Templar lived by a monastic rule, known initially as the Primitive Rule, which was bestowed on them by prominent leaders of the Church at the Council of Troyes in 1129. These were a strict set of rules by which the Templars lived their dual lives as warriors and monks and which bears a resemblance to the Jedi code.

Although the Star Wars films do not detail the content of the Jedi’s code, similarities in the philosophies can be seen. For example, in Revenge of the Sith (2005), Yoda tells Jedi knight Anakin Skywalker (Hayden Christensen), “attachment leads to jealously; the shadow of greed that is”. This resembles the Templars’ rule on owning property. In British historian Judith Upton-Ward’s book The Rule of the Templars(2002), she notes that the Templars were not allowed to keep personal items such as a lockable purse and even the ownership of horses and armour was under the house commander’s control and could be reissued to any other serving Templar.

Both the Jedi and Templars were ended by conspiracies led by tyrants. In the climax of the prequel trilogy, the Jedi were the last obstacle left to prevent the villainous Darth Sidious from completing his plan to rule the galaxy. So Darth Sidious falsely accused the Jedi of treason and had his soldiers massacre the unsuspecting Jedi. Meanwhile it was French King Phillip IV who accused the Templars of heresy in 1307 to get access to their vast wealth and had the Templars in France arrested, which led to the last grand-master Jacque de Molay eventually being burnt at the stake in 1314.

Both the Jedi and the Templars also suffered an attack on their temples. In Revenge of the Sith, the Jedi are murdered when Darth Vader leads an army into the Jedi Temple, while the Templars were arrested in a dawn raid by french soldiers at their Paris Temple on the infamous Friday the 13th in 1307.

Despite the similarities in their fall, the fate of the Templars was arguably more favourable than the Jedi. In Obi-Wan Kenobi, we see the remaining Jedi being hunted and killed by Darth Vader and his inquisitors. But, according to popular mythology, exiled Templars went into hiding before supposedly creating the Freemasons. This myth originated in the 18th century and was started when senior French Freemason Andrew Ramsey claiming Templar ancestry to market the Freemasons to the aristocracy. 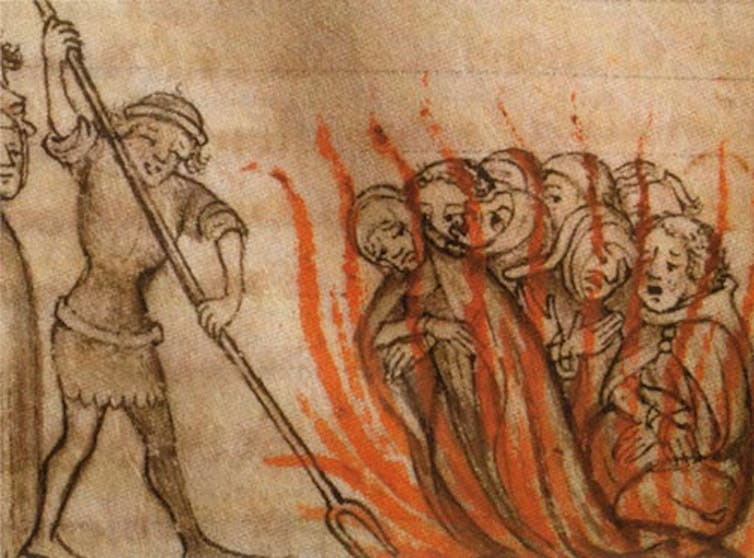 Templars being burned at the stake. Wikimedia

The myth of the Templars in exile is akin to the fate of the Jedi depicted in Obi-Wan Kenobi, where surviving Jedi live in exile and are aided by an underground organisation, called The Path. But the reality for the Templars was that former knights joined other orders or started new ones, such as Ordem dos Cavaleiros de Nosso Senhor Jesus Cristo (Order of the Knights of Jesus Christ) in Portugal.

The monastic resemblances of the Jedi Knights and the Knights Templar and the similarities between the fall of both orders demonstrate how wide-ranging the Templars’ legacy is. Furthermore, the apparent influence of the Knights Templar on the creation of the fictional Jedi knights shows how an order abolished in the early 14th century still impacts popular culture today.

Patrick Masters does not work for, consult, own shares in or receive funding from any company or organization that would benefit from this article, and has disclosed no relevant affiliations beyond their academic appointment.