Omicron: Britain plans to vaccinate 25 million in two months – but can it be done?

How will Delta evolve? Here's what the theory tells us 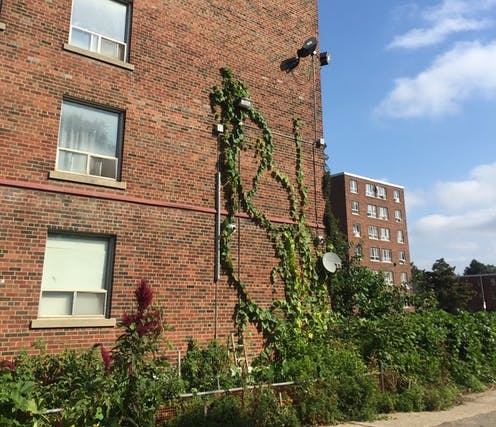 Plants are more than background foliage in our busy lives. Our relationship with plants supports human health and well-being in many ways. (Sarah Elton), Author provided 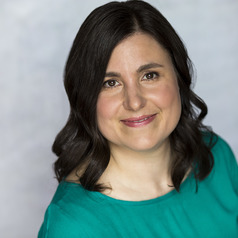 During the height of the pandemic, people flocked to the park near my home. For those of us who live in neighbourhoods where there is access to greenspace, parks allowed us to lounge on the grass and in the shade of the trees, admire flowers, enjoy a walk in the fresh air, or even grow food in a community garden.

These moments offered a health boost and made visible just one of the ways that human health and well-being is supported by our relationships with plants. It’s part of what I call relational health — a term that speaks to the ways health is produced through relationships. From a relational health perspective, health is a constantly unfolding process that is produced by encounters between humans and various aspects of non-human nature.

Sometimes the encounters are not good — we only need to think of emerging infectious diseases to be reminded of this. But mostly, interactions between humans and non-human nature are positive, health-producing and sustaining. Our relationships with plants offer a good example.

Euro-western culture largely ignores the many roles that plants play in society. It’s been called “plant blindness,” an “inability to see or notice plants in one’s environment.” Plants are not much more than background foliage in our busy lives — or worse, expendable.

At the local level, trees are killed as homeowners renovate and infrastructure expands. At the global level, we demonstrate an ignorance of the health-supporting role of plants when we accept, in the name of development, the destruction of forests for palm oil plantations or the paving of wetlands, where all sorts of plants flourish.

The lack of awareness of the role of plants in supporting human health is particularly striking if you consider that plants produce oxygen. We can’t breathe without them. They clean our water, they provide us with food and medicine, fibre for our clothes, material for our homes.

The roles of plants 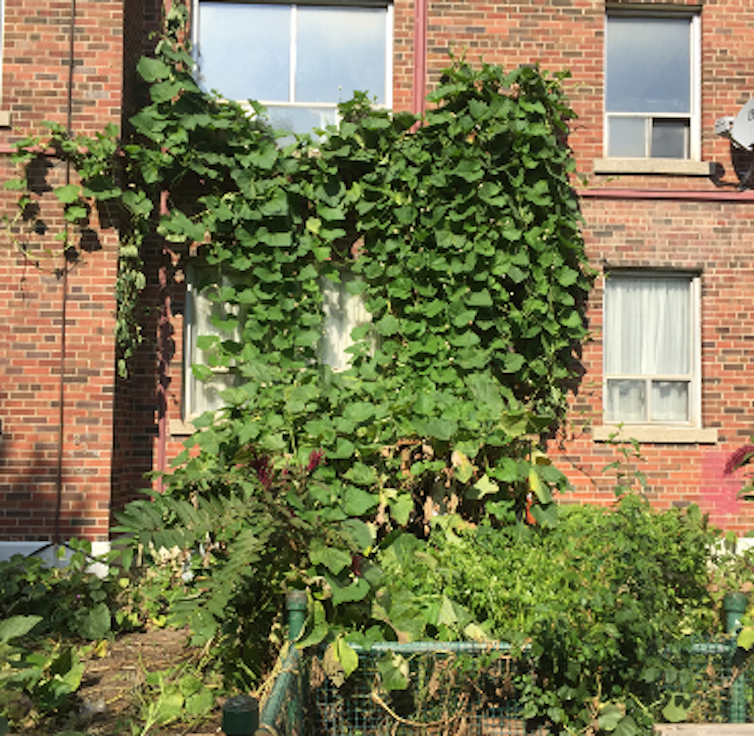 Squash plants growing up the side of an urban building. (Sarah Elton), Author provided

Botanists and ecologists study the natural science of plants. As social scientists, my colleagues and I consider the various roles that plants play in our social and political worlds.

Plants can be considered to be social participants and players in society. So I look at the ways that plants support our health, not only in terms of the food they provide us or the oxygen and shade they offer, but the ways that our relationships with plants facilitate political decisions and actions that support health in the city.

That non-human nature is part of society is foreign to Euro-western thought. Ever since the Enlightenment, the dominant Euro-western worldview has seen the human as the supreme species, leaving the rest of the world as resources to exploit, as writer and philosopher Silvia Wynter explores in her work.

To view a plant as a participant requires a shift in worldview, for some. Indigenous ontologies have understood and valued the contributions of non-humans to world-making. People in other parts of the world, including on the Indian subcontinent, understand that humans are not the only actors on planet earth. Also, the knowledge that health is produced through relationships between humans and non-human nature has long been part of Indigenous ways of knowing. It’s only in Euro-western society that has ignored and tried to erase other worldviews. 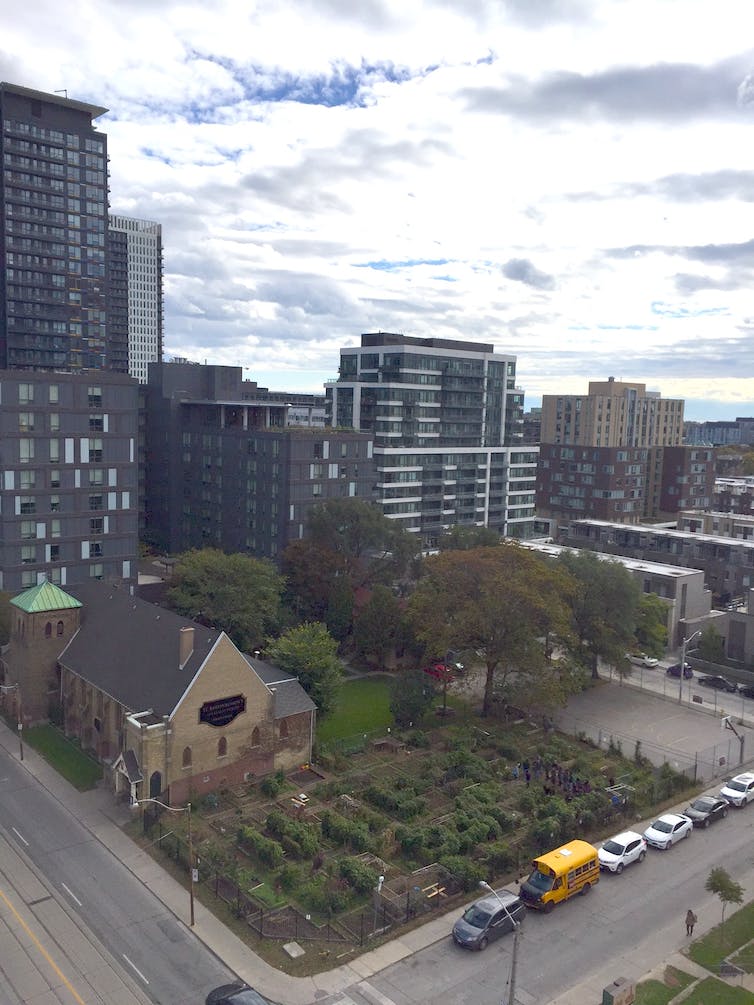 Toronto’s Regent Park neighbourhood viewed from a condo rooftop garden, with the community garden in the foreground and new apartment buildings in the background. (Sarah Elton), Author provided

So what does it look like when plants are social participants? Plants are evidently not like us — they don’t act with intent. Rather, their agency as health actors emerges from relationships.

I conducted fieldwork in the Regent Park neighbourhood of Toronto that is being redeveloped from a social housing community to a mixed-income area. The redevelopment has involved building on land where residents have grown food for decades. Locals did not want to lose their growing space, so they advocated for gardens in the new neighbourhood. They wanted continued access to homegrown vegetables, and the mental peace and exercise that gardening provided them. They didn’t want to lose their relationships with plants.

Very simply, the relationships between people and plants facilitated the advocacy, and residents were able to secure at least some space for gardens in the new design.

At first glance, it might look like humans did the advocacy. They are the ones who spoke up and asked that plants be included in the design. But if you recognize the agency of non-human nature, it shifts the analysis.

If you consider plants as participants in society, then the plants’ agency in the advocacy becomes visible. Their agency arises from the relationships they have with humans. When their needs are considered by humans in decision-making, they play a role. The plants partner with the people and their physical presence in gardens stakes a claim to the land. This shift in worldview opens up many possibilities in better understanding the role of non-human nature in contemporary society.

To promote human health during this time of climate change and global pandemic requires scrutiny of the relationships we have with non-human nature in ways that may not be familiar to the Euro-western worldview.