Hyundai Motor, Samsung SDI may team up for EV batteries 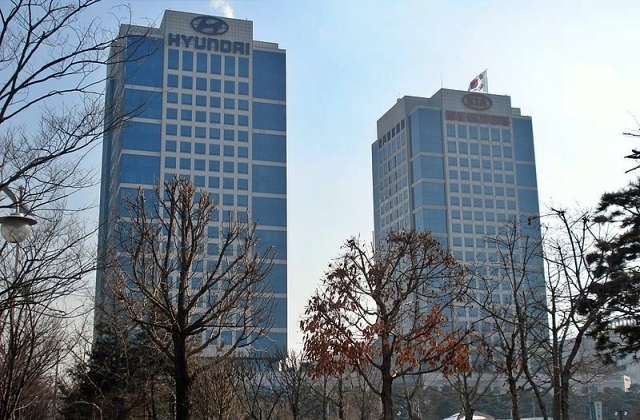 Hyundai Motor is taking steps to realize its plans for a shift to totally eco-friendly vehicles and for this, it wants to collaborate with Samsung SDI. Thus, the companies are reportedly looking forward to signing a partnership deal.

As per The Korea Times, with the team up, Hyundai and Samsung SDI will focus on providing what each company wants and needs. This means that since Hyundai Motor requires batteries and auto parts for its electric vehicles, Samsung will be supplying them. The latter may not need any products from the carmaker but the orders will boost the company’s sales.

What Samsung will do for Hyundai

Based on the report, Samsung SDI is developing a cylindrical battery for Hyundai's new hybrid vehicle models. This type of battery is said to be more stable and its production cost is also lower compared to other types. It is also smaller and was mostly used for electronic devices but now EVs have been added to the list.

Samsung SDI has been mainly producing prismatic batteries but with its potential partnership with Hyundai, it will be making cylindrical batteries to accommodate the order. This is also the first time that the company is doing business with the automaker since it usually relies on SK Innovation and LG Energy Solution for the pouch-type and prismatic type battery needs.

Hyundai Motor’s order for cylindrical batteries from Samsung SDI would be used specifically for its hybrid vehicle type. This is the same one being used on Tesla cars so automakers are trying them too.

Is the partnership confirmed?

At this point, Hyundai and Samsung could still not confirm their collaboration. An official said that this is because the former is considering its options. A Hyundai official admitted that since the cylindrical battery is currently under development, they are working with many battery makers.

If the team-up will proceed, an analyst predicted that it will be a successful deal that may lead to expansions. "Based on the premise that Samsung SDI is now supplying EV batteries to Hyundai Motor, according to their collaboration, there are expectations for further expansion of their partnership related to batteries," Lee Chang Min, KB Securities analyst said. "It is predicted that, if the partnership leads to Samsung SDI supplying its prismatic batteries, which are the company's main product, the battery maker will see greater benefits."

With Kia on the list, it will be one of Samsung’s first customers for EV batteries in S. Korea. Finally, starting from EV batteries, Samsung may eventually venture to become a competitive supplier for EV car parts.