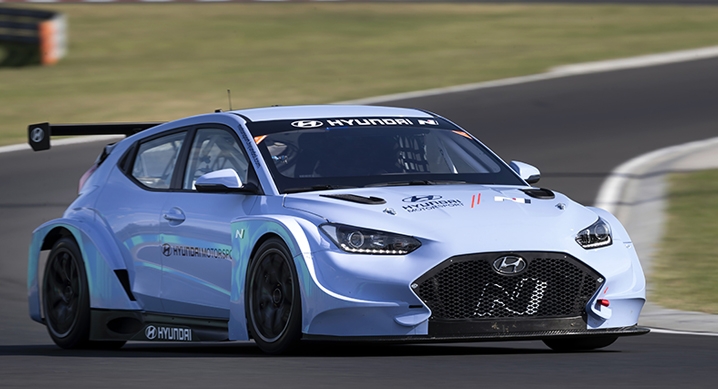 The South Korean carmaker will field its racing car, the Veloster N ETCR, in the touring race, the world’s first for electric vehicles.

Hyundai Motor Group will showcase its HTWO fuel cell power generators when it competes at the Electric Touring Car Racing (ETCR) in Vallelunga, Italy, from June 18 to 20.

The South Korean carmaker will field its racing car, the Veloster N ETCR, in the touring race, the world’s first for electric vehicles.

The cutting-edge HTWO, which stands for H2, the hydrogen molecule, as well as hydrogen and humanity, is a 160-kilowatt power generation module capable of charging two electric cars simultaneously in less than an hour.

Hyundai Motor will collaborate with other South Korean conglomerates, SK, POSCO, and Hyosung, to set up an industry-wide hydrogen consulting body.