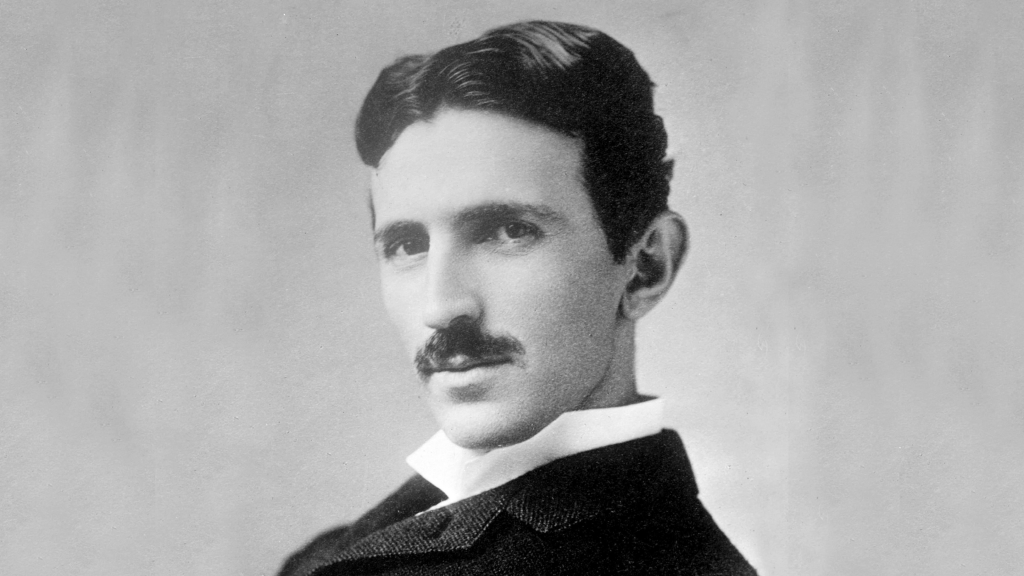 At the turn of the twentieth century, electrical engineer Nikola Tesla began work on a wireless electricity network. It ultimately failed. Wallsdesk

At the height of his career, the pioneering electrical engineer Nikola Tesla became obsessed with an idea. He theorised that electricity could be transmitted wirelessly through the air at long distances – either via a series of strategically positioned towers, or hopping across a system of suspended balloons.

Things didn’t go to plan, and Tesla’s ambitions for a wireless global electricity supply were never realised. But the theory itself wasn’t disproved: it would have simply required an extraordinary amount of power, much of which would have been wasted.

Now, a research paper has suggested that the architects of the 5G network may have unwittingly built what Tesla failed to construct at the turn of the twentieth century: a “wireless power grid” that could be adapted to charge or power small devices embedded in cars, homes, workplaces and factories.

Because 5G relies upon a dense network of masts and a powerful series of antenna, it’s possible that the same infrastructure, with some tweaks, could beam power to small devices. But the transmission will still suffer from the key drawback of Tesla’s towers: high energy wastage, which may be difficult to justify given the urgency of the climate crisis. 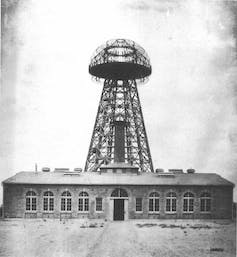 One of Tesla’s towers, photographed in 1904. Wikimedia

Decades ago, it was discovered that a tightly focused radio beam can transmit power over relatively large distances without using a wire to carry the charge. The same technology is now used in the 5G network: the latest generation of technology to beam internet connection to your phone, via radio waves transmitted from a local antenna.

This 5G technology aims to provide a 1,000-fold capacity increase over the last generation, 4G, to allow up to one million users to connect per square kilometre – making those moments searching for signal at music festivals or sports events a thing of the past.

To support these upgrades, 5G uses some engineering magic, and this magic comes in three parts: very dense networks with many more masts, special antenna technology, and the inclusion of millimetre wave (mmWave) transmission alongside more traditional bands.

The last of these, mmWave, opens up much more bandwidth at the cost of shorter transmission distances. For context, most WiFi routers operate in the 2GHz band. If your router has a 5GHz option, you’ll have noticed that movies stream more smoothly – but you have to be closer to your router for it to work.

Increase the frequency further (like mmWave, which operates at 30GHz or more) and you see even greater improvements in bandwidth – but you need to be closer to the base station to access it. This is why 5G masts are more densely clustered than 4G masts.

The last bit of magic is to add many more antennas - between 128 and 1,024 compared to a much smaller number (just two in some cases) for 4G. Multiple antennas allow masts to form hundreds of pencil-like beams that target particular devices, providing efficient and reliable internet to your phone on the move.

These happen to be the same raw ingredients needed to create a wireless power grid. The increased network density is particularly important, because it opens up the possibility of using mmWave bands to transmit different radio waves which can carry both internet connection and electrical power.

The experiments used new types of antenna to facilitate wireless charging. In the laboratory, the researchers were able to beam 5G power over a relatively short distance of just over 2 metres, but they expect that a future version of their device will be able to transmit 6μW (6 millionths of a watt) at a distance of 180 metres.

To put that into context, common Internet of Things (IoT) devices consume around 5μW – but only when in their deepest sleep mode. Of course, IoT devices will require less and less power to run as clever algorithms and more efficient electronics are developed, but 6μW is still a very small amount of power.

That means, for the time being at least, that 5G wireless power is unlikely to be practical for charging your mobile phone as you go about your day. But it could charge or power IoT devices, like sensors and alarms, which are expected to become widespread in the future.

In factories, for instance, hundreds of IoT sensors are likely to be used to monitor conditions in warehouses, to predict failures in machinery, or to track the movement of parts along a production line. Being able to beam power directly to these IoT devices will encourage the move to far more efficient manufacturing practices.

But there will be challenges to overcome before then. To provide wireless power, 5G masts will consume around 31kW of energy – equivalent to 10 kettles constantly boiling water.

Though concerns that 5G technology can cause cancer have been widely debunked by scientists, this amount of power emanating from masts could be unsafe. A rough calculation suggests that users will need to be kept at least 16 metres away from masts to comply with safety regulations set by the US Federal Communications Commission.

That said, this technology is in its infancy. It’s certainly possible that future approaches, such as new antenna with narrower and more targeted beams, could significantly reduce the energy required – and wasted – by each mast.

At present, the proposed system is rather reminiscent of the fictional “Wonkavision” in Roald Dahl’s Charlie and the Chocolate Factory, which achieved the feat of beaming confectionary into TVs – but had to use a huge block of chocolate to produce a much smaller one at the other end.

Because it’ll consume a high amount of power compared to the power it’ll deliver to devices, 5G wireless power is, for the moment, speculative. But if engineers can find more efficient ways to beam electricity through the air, it may well be that Nikola Tesla’s dream of wireless power could be realised – over 100 years since his attempts failed.

Elena Gaura does not work for, consult, own shares in or receive funding from any company or organisation that would benefit from this article, and has disclosed no relevant affiliations beyond their academic appointment.