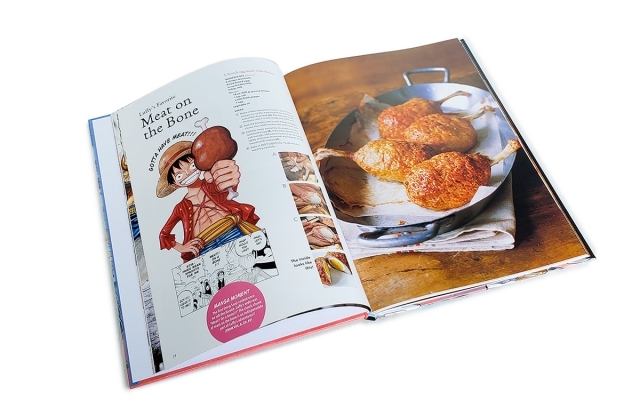 “One Piece” is a popular Japanese anime TV series that was created based on Eiichiro Oda's manga series of the same title. The show has been running for more than two decades already, and fans truly love the characters, especially the main lead, Monkey D. Luffy.

The huge popularity of “One Piece” has spurred many businesses - from merchandise to collectibles - and everything always sells well in the market. Although it is just an animation, many scenes have left deep impressions on the viewers, and many scenes were even imitated in real life - even cooking!

Fans of the pirate-themed anime series know that Luffy’s favorite dish is something that is called the “Meat on the Bone,” and today, everyone can already get a taste of this meal as well. This is because the “One Piece” cookbook is now available, and it offers many recipes of dishes that were featured on the show.

The cookbook just arrived in time for the holidays, where friends and family usually gather for a festive meal or holiday feast. For some unique but delicious foods to serve, the “One Piece” cookbook could be a good source of special recipes.

Loyal fans of the anime will especially love the idea of having a “One Piece” feast to celebrate the Christmas season. Shonen Jump is releasing the cookbook titled “One Piece: Pirate Recipes.” Fans can expect a variety of pirate-themed dishes that they can try in their homes.

As per HypeBeast, the cookbook has 93 pages, and it is being sold in hardcover and digital versions. It was said indicated in the book that the recipes were written by Sanji himself, who is also known as the "Black Leg" in the long-running Japanese animation. He is the official cook of the Straw Hat Pirates; thus, he got good cooking skills.

Luffy’s “Meat on the Bone” chicken dish is one of the recipes to look forward to in the cookbook. Fans can already buy their copy at Amazon for $34.98 or $10.79 for Kindle format. It is also on VIZ’s Shone Jump’s page, where the hardcover price is only $19.99, and the digital version is at $13.99.

“You can’t become King of the Pirates on an empty stomach! Monkey D. Luffy has defeated dozens of rivals, and that kind of success takes a whole lot of energy!” the description of the book reads. “Fortunately, the pirate cook Sanji stands by Luffy’s side, ready to support his captain with flaming kicks and piping-hot meals! Hearty and filling, Sanji’s recipes keep the greatest pirate crew in the world well-fed, and his flashy techniques will take your culinary skills to the next level!”