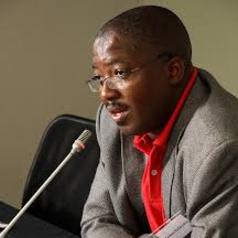 What are South Africans to make of the murmurs that its governing party, the African National Congress (ANC), plans to recall Cyril Ramaphosa as president of the republic at its next National General Council in June? That’s where the party will meet to review if government has implemented its policies.

Apparently the motivation for the removal will be that Ramaphosa has not implemented the party’s 2017 national conference resolutions.

The mere suggestion of a recall is not surprising. The ANC has recalled two of its four previous presidents, Thabo Mbeki in 2008 and Jacob Zuma early last year. And, like his predecessors, Ramaphosa has formidable detractors within the party who see him as a menace to their livelihood and freedom.

There’s no doubting their determination to throttle the success of this presidency. But Ramaphosa’s detractors are unlikely to succeed in their rumoured bid. And, their failure will not be because they’ve suddenly become weak within the administration.

On the contrary, ANC secretary-general Ace Magashule, Ramaphosa’s main nemesis, is much stronger now than he’s ever been. He has appointed multiple individuals to bolster his grip. These are all individuals who’ve been marginalised by Ramaphosa’s presidency on account of malfeasance and, as a result, are similarly opposed to his presidency. They include former cabinet ministers Nomvula Mokonyane, Malusi Gigaba and Des van Rooyen.

Conversely, Ramaphosa’s influence in the ANC’s administration has been weakened by the departure of Zizi Kodwa, Senzo Mchunu and Fikile Mbalula from the ANC’s headquarters to cabinet.

The odds against Ramaphosa’s removal lie in several factors. These relate to the weakness of the supposed gripe, its timing and the likely backlash.

The complaint that Ramaphosa’s presidency has not implemented its conference resolutions, especially on the expropriation of land without compensation, and nationalisation of the South African Reserve Bank, is unconvincing and self-implicating.

Ramaphosa has been persistently vocal on the land question and parliament is currently considering a bill to give effect to the resolution. Deliberations on the bill consider both fair and reasonable compensation as well as expropriation in the instance of refusing a fair price. Both these considerations are in line with the caution of the resolution that the land question be handled in a way that redresses the injustice of dispossession, without disrupting food supply.

A similar commitment is evident on the central bank. Ramaphosa has reiterated the intention to put the bank under public ownership, but only if there’s money to buy out the private shareholders. For any criticism on this point to gain support within the rank-and-file of the ANC, it must make a case for urgency and identify funds that should be diverted from what most would view as more pressing matters.

This will be difficult. Firstly, it’s proving hard to show that public ownership of the bank will allow government to influence the bank’s decisions. Even under state ownership, the resolution insists that the bank should still remain independent, which is also guaranteed by the Constitution. This questions the rationale for insisting on ownership without influence.

The truth is that the idea had little to do with policy. It was originally mooted by those wanting to protect the Gupta family as allegations of state capture mounted. The family’s beneficiaries in the ANC sought to gain control of the central bank so that its regulatory powers could be used to punish commercial banks that were closing the family’s accounts.

These efforts backfired. The Gupta proxies could not mount a convincing argument for removing the independence of the central bank. Now they have a resolution that is meaningless, but are simply insisting on fake bravado.

Besides the weakness of their gripe, Ramaphosa’s detractors are vulnerable on the same point they wish to use against him. There’s little movement on organisational reforms. These relate to, among others, modernising registration for party membership by taking it online to minimise manipulation. Another is to bolster the powers of the party’s integrity commission by making its recommendations binding, as resolved by conference.

These are all administrative matters that are handled by the secretary-general, Magashule. He is actually guilty of the charge that he seeks to throw at Ramaphosa.

Nor is the timing for removing Ramaphosa suitable. Local government elections are scheduled for next year. Most ANC-controlled municipalities are plagued by maladministration, and corruption is rife.

The blame lies squarely with the ruling party.

Take the Eastern Cape’s Makana municipality, for instance. The party ran that municipality into the ground and the provincial government, which has the responsibility to intervene, did nothing. It took the High Court to stem the rot by ordering that the Council be dissolved and the municipality put under administration for “failing to promote a healthy and sustainable environment for the community”.

Ramaphosa is currently leading an initiative that involves all levels of government to aid struggling municipalities. This initiative will most likely become the mainstay of the election campaign next year. The ANC is desperate to improve on the lowly 54% it received in 2016.

The various steps he’s taken, combined with his broader reform agenda, makes anyone who suggests his removal look deranged. Most in the ANC may be wrongheaded, but still want to remain in power. To retain power, they accept that they need Ramaphosa.

That said, Ramaphosa’s reelection at the next ANC conference in 2022 is not guaranteed.

Prospects of Ramaphosa’s reelection hinge on his public ratings. He is more popular outside the ANC. That’s why the ANC elected him in 2017: to win the 2019 election.

Once it appears that Ramaphosa no longer enjoys better public ratings, he stands a high risk of not being reelected party president, especially if the membership system remains unchanged. Most current members are rented – paid by one faction or another – to vote in one way or another.

Given this risk, it goes without saying that Ramaphosa needs to accelerate reforms. Most urgent is improving operations at the power utility Eskom. Power blackouts are the biggest source of unhappiness, and are spoiling the public mood. More importantly they disrupt economic activity, leading to retrenchments. This, in turn, stifles the major promise of his presidency – job creation.

Unfortunately, reducing unemployment will take a while to achieve. This then makes fighting corruption, and the actual conviction of those implicated, key issues that will retain public support behind him. And he needs to urgently to take drastic measures to strengthen law enforcement agencies. National director of public prosecutions Shamila Batohi continues to face resistance, for instance, from some prosecutors within the National Prosecution Authority. They are stifling attempts at prosecuting cases arising out of state capture.

Ultimately, though, it is critical that Ramaphosa appreciates that salvation lies outside the ANC rather inside. He has to please the public more than his party. Public approval is his defence against enemies within.