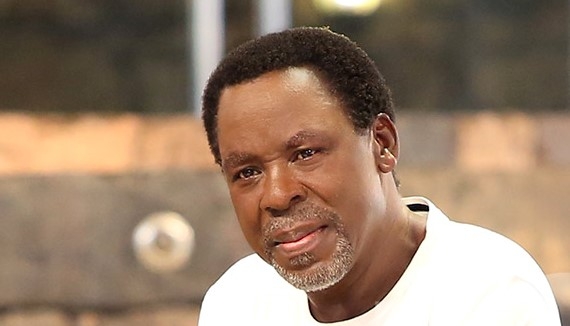 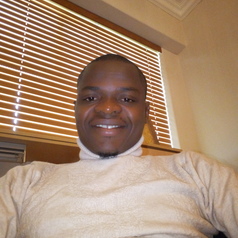 In the wake of the death of Nigerian televangelist Temitope Balogun Joshua, who founded the Synagogue Church of All Nations in Lagos, there have been a host of tributes and obituaries. Religious scholar George Nche, a postdoctoral research fellow at the Department of Religion Studies, University of Johannesburg, explains Joshua’s huge influence and impact on African Christianity.

Who was TB Joshua?

The Late Temitope Balogun Joshua (known as Prophet TB Joshua) was a charismatic pastor and founder of the Synagogue Church of All Nations in Ikotun-Egbe, Lagos, Nigeria. He was born on June 12, 1963 in Ondo State, Nigeria. He received his primary education at St. Stephen’s Anglican Primary School, Ikare-Akoko, Ondo State, from 1971 to 1977 but could not complete his secondary education.

In the early part of his life he struggled considerably. For a period he did many menial jobs, including waste picking.

His frequent involvement in church activities as a child earned him the nickname “small pastor”. Little would the church community know then that he would grow to become an internationally acclaimed religious leader with far-reaching influence.

His church attracted a congregation of over 15,000 people. People travelled to his synagogue in Lagos from several countries in Africa and beyond. His sermons and healing activities were televised on Emmanuel TV – a TV channel he founded that was dedicated to the activities of his church.

TB Joshua was also an outstanding philanthropist, which further endeared him to many who admired him. He received many awards for these activities. One was the Officer of the Order of the Federal Republic awarded by the Nigerian government in 2008.

What role did he play in advancing Pentecostalism and televangelism?

Pentecostalism appears to be, among other things, a “problem-solving” (both spiritual and physical problems) movement which has miracle and healing at its heart. Its origin and growth, especially in Africa, is largely driven by people’s expectations and beliefs in the healing and transformative power of the Holy Spirit.

TB Joshua addressed these expectations. Numerous miracles in the forms of economic prosperity and divine healing were reportedly received in his church or remotely through his prayers. This served as a major attraction for many people across Africa and beyond.

This was a major way through which he contributed to the advancement of the Pentecostal movement in Africa.

Also, the nondenominational nature of the Synagogue Church of All Nations shielded the church from interdenominational tussles. This made it open and accessible to people of “all nations” irrespective of their affiliations. Little wonder he had a large congregation and following.

Joshua’s philanthropic activities further portrayed the Synagogue Church of All Nations in a good light. By giving to the poor, Joshua presented his ministry as a movement concerned not only with the spiritual welfare of the people, but also with their physical prosperity.

Joshua also made a substantial contribution to the advancement of televangelism in Africa. For instance, the Emmanuel TV channel was founded in 2007 by Joshua and used extensively to showcase the activities of the Synagogue Church of All Nations. These activities include bible readings, teachings, testimonies of miracles, and Christian children’s programmes like cartoons.

Before the suspension of his YouTube account for videos claiming to “cure” homosexuality, the Emmanuel TV channel had over 1 million subscribers, making it one of the most subscribed Christian YouTube channels worldwide.

Joshua also had over 5 million followers on Facebook and over 4,000 on Twitter. Like American historical phenomenal televangelists, Joshua used these media platforms to spread Pentecostal ideas, advance the Synagogue Church of All Nations brand, and promote the idea of televangelism in Africa.

Why was he so controversial?

TB Joshua was immersed in a lot of controversies. These arose partly due to his involvement in and “unpopular” positions on sensitive socio-political and health issues, and partly due to his “unorthodox” ways of worship.

For instance, there was the stampede that led to the death of four worshippers in a rush for his “holy water”; the “misleading” narrative he gave explaining the cause of the 2014 tragedy in which 116 people died when a guest house attached to the Synagogue Church of All Nations building collapsed; the suspension of his YouTube channel following his claim that he could cure homosexuality; his unfulfilled political and sports prophecies; and his claim to have powers to cure Ebola and HIV, and to have remotely healed COVID-19 patients from an isolation centre in Honduras, Central America.

He was also criticised by mainstream churches for being heretical and deceitful for his routine way of administering healing by selling holy morning water and stickers.

One critic urged Christians “to stay far away” from Joshua and those who that mix “Christianity and paganism in a very enticing manner”.

What legacy will he leave?

Joshua’s death has left a vacuum that will take a while to fill. His unmistakable mannerism and courage, his philanthropic disposition, and his “spiritual gifts” will be missed by his followers.

However, his greatest legacy, the Synagogue Church of All Nations, is likely to live on, possibly under the leadership of his wife and children as well as the numerous pastors who trained under him.

History shows that churches usually outlive their founders and in some cases grow even bigger. One example is the case of the Redeemed Christian Church of God, which has been expanding vigorously under Enoch Adejare Adeboye, who became the general overseer following the death of the founder, Josiah Olufemi Akindayomi, in 1980.

There are, however, also examples of churches that died with their founders. One example is the Mai Chaza Church, which shrank after the death of its Zimbabwean founder, Theresa Nyamushanya, in 1960.