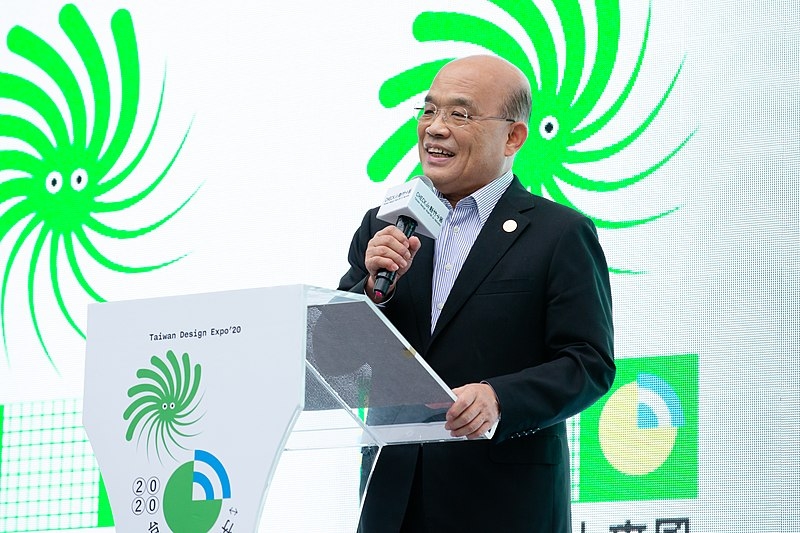 Tensions remain high between China and Taiwan, with Beijing claiming the democratically-governed island as part of its territory. Taiwanese premier Su Tseng-chang said the island remains willing to engage with China on goodwill.

Speaking with reporters, Su said Taiwan is always willing to engage with China in good faith, but without any political preconditions and on an equal basis. Su’s comments follow reports that China banned the import of grouper fish from Taiwan, citing safety reasons. Taipei said the ban was politically motivated.

“As long as there is equality, reciprocity, and no political preconditions, we are willing to engage in goodwill with China,” said Su, reiterating the stance made by President Tsai Ing-wen.

“As for China’s harassment of Taiwan with military aircraft, warships, unreasonable suppression, and political actions, the one being most unreasonable is China,” said Su. “Taiwan does not want to close the door to China. It is China that has used various means to oppress and treat Taiwan unreasonably.”

Beijing has been engaging in a pressure campaign to get the Taiwanese government to accept its sovereignty and has opposed every visit by a foreign government to the island.

China’s defense minister also said during a security forum in Singapore over the weekend that Beijing is seeking “peaceful reunification” with the island but “reserved other options.”

Tsai has repeatedly said the Taiwanese people are the ones who can decide on the island nation’s future, and the government of President Xi Jinping has refused to speak to her. The Taiwanese people have also shown they have no desire to be governed by an autocratic government like China’s.

Tsai said Friday last week that Taiwan will not yield to pressure from China in her address to the Copenhagen Democracy Summit.

Tsai also referenced Russia’s invasion of Ukraine in her speech, saying that the war has shown again that “these regimes” will not stop until they achieve their expansionist goals.

“As we watch images from half a world away of atrocities committed against another democracy on the frontlines of authoritarian expansionism, I would like to stress that, like Ukraine, Taiwan will not bend to pressure,” said Tsai in her address, stressing that the island will defend itself and its democracy.