‘Uncharted 4’ PC and PS5 release date: Multiplayer may not be included in the ‘Legacy of Thieves Collection’ 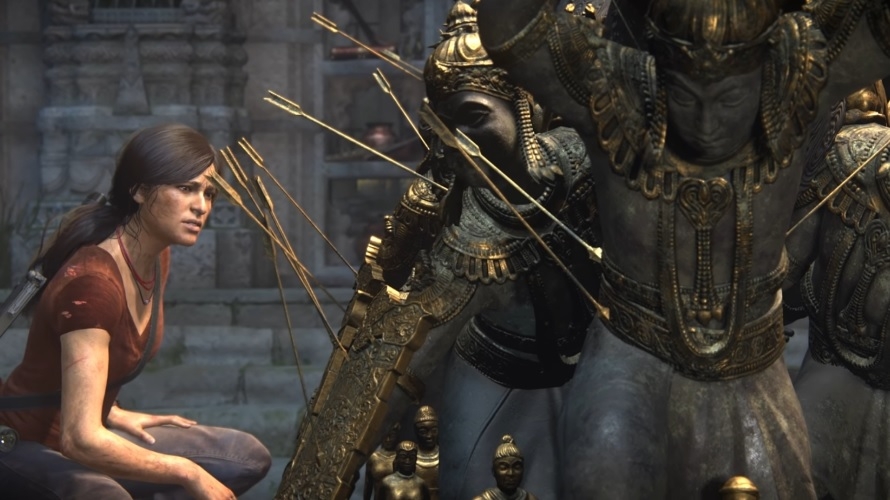 One of the biggest announcements Sony made during an event last September was that the beloved “Uncharted 4” and “Uncharted: The Lost Legacy” titles are launching on PC and getting a proper PS5 version. But it now appears that the bundle, officially named “Uncharted: Legacy of Thieves Collection,” might not feature a multiplayer mode.

When Sony held a PlayStation Showcase last September, the PlayStation maker released the first trailer for the “Uncharted: Legacy of Thieves Collection” to confirm that the two latest “Uncharted” installments are coming to PC and PS5. In a blog post, Naughty Dog provided several game screenshots, but details about the game collection’s features and content are still under wraps.

Since then, fans have been asking if “Uncharted: Legacy of Thieves Collection” will include the multiplayer modes introduced in “Uncharted 4” and “Uncharted: The Lost Legacy.” Now, it appears that they have the answer through the Entertainment Software Rating Board (ESRB).

The ESRB has already rated “Uncharted: Legacy of Thieves Collection” as a game for teens. The board’s description of the bundled games has nothing that will surprise long-time fans. However, on the left side of the screen, ESRB notes that the collection has “no interactive elements.” That means the copy of the games they reviewed did not have gameplay that would allow fans to play with others. Simply put, a multiplayer mode may not be in the works.

“Uncharted 4” featured an online multiplayer mode that allowed players to join a team of 10, who can assume the roles of different characters from the game. The multiplayer introduced different game types, including Command, Ranked Team Deathmatch, Trials, and the capture the flag-esque Plunder. “The Lost Legacy” was launched with support for the “Uncharted 4” multiplayer.

Sony and Naughty Dog have yet to confirm the status of the multiplayer mode for the PC port and PS5 version. But with the information leaking through ESRB, the companies might issue a clarification soon.

“Uncharted: Legacy of Thieves Collection” is slated to launch on PS5 first in early 2022. But Naughty Dog said the PC port would follow “shortly after” that.