BTS: Paul McCartney praises the South Korean boy band and agrees they are similar to The Beatles 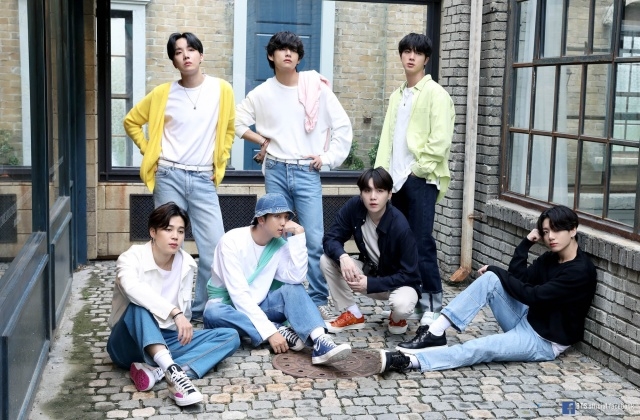 BTS is being praised by their colleagues in and out of South Korea. Now that they have conquered the world and being labeled as the best boy band in the world, even famous and legendary singers are noticing the group and agreed that they are an amazing band.

BTS has many accomplishments already in their seven-year career. The members, RM, Jungkook, V, Jimin, J-Hope, Jin and Suga have been actively promoting for only seven years but they can be considered as accomplished already. In fact, their successes on the Billboard Charts alone made music experts to compare them to the legendary The Beatles that took over the world in the 60s.

Does BTS deserve to be compared to such a huge band like The Beatles? The group may be the only band to reach or break The Beatles’ records on Billboard but are they really at their level already?

Paul McCartney, the co-lead vocalist and bassist of The Beatles, agreed that BTS is a great band and endlessly praised the group. He also said he thinks the septet is currently experiencing what his own famous band had experienced at the peak of their popularity.

McCartney appeared on the “Smartless” podcast early this week and he talked about many things while being interviewed by Jason Bateman, Sean Hayes and Will Arnet. He was asked if there is a band that he enjoys listening to and he responded without hesitation that he does and named BTS.

Paul McCartney added that he thinks BTS is experiencing the same things that The Beatles has gone through when they were still actively promoting. He also said that it is really a fantastic group.

"I saw some young people going through what we've been through,” he said in the podcast. “BTS, Korean friends! I like to watch them and as you know, I think they are wonderful. I can't sing along, but I like them."

Meanwhile, BTS celebrated their nomination at the 63rd Grammy Awards. The announcement of nominees took place on Nov. 24 and the group was nominated for the best pop duo/group performance for “Dynamite.” They will be going against pop superstars Justin Bieber, Lady Gaga, Taylor Swift and J Balvin, Dua Lipa, Bad Bunny & Tainy.

The 63rd Grammy Awards is happening on Jan. 31, 2021, at the Staples Center in Los Angeles. Trevor Noah has been confirmed as the host of the ceremony.