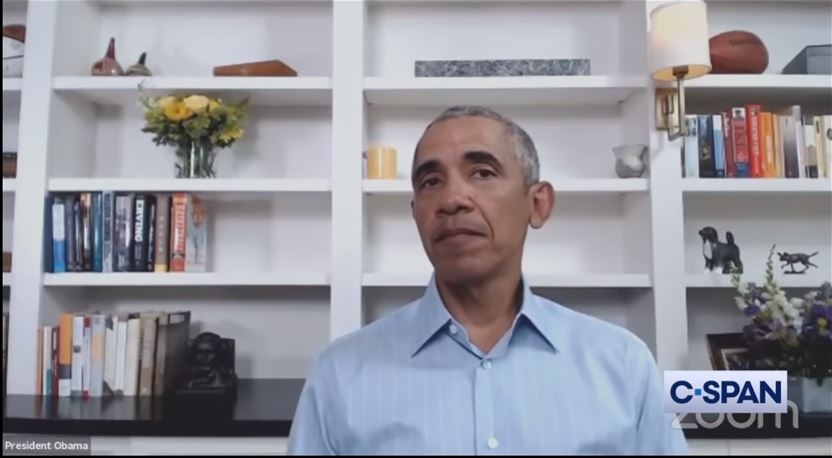 Former President Barack Obama’s Kenyan half-brother Malik Obama is currently promoting his new memoir. Malik reveals a rift in the family, slamming his half-brother and calling him cold and ruthless.

The Daily Mail reports that speaking to New York Post all the way from his home in the Kenyan village Nyang’oma Kogelo over the weekend, Malik Obama was promoting his memoir, Big Bad Brother from Kenya, and slammed the former president, calling him a “snob” as well as “cold and ruthless.”

“He got rich and became a snob. What I saw was that he was the kind of person that wants people to worship him. He needs to be worshipped and I don’t do that. I am his older brother so I don’t do that,” said Malik about his half-brother.

Malik and Barack Obama have the same father, Barack Hussein Obama, Sr. who died in a car accident in 1982. Three years later in 1985, the two met for the first time and had a close relationship. However, the brothers’ relationship began to strain when Barack was elected president in 2008. There was some conflict regarding which relatives from Kenya were invited to the inauguration. More strain was then placed sometime after the inauguration as Malik decided to put up a foundation named after their father, the Barack H. Obama Foundation. According to Malik, the two had a heated argument over the phone in which the former president threatened to “cut him off.”

Malik has been a vocal supporter of Barack’s successor, Donald Trump, and still plans to support him. He has also taken a jab at former vice president Joe Biden, mocking him for his age. Since then, the Obama siblings have had a strained relationship.

Meanwhile, the former president was among the presidents who attended the funeral of civil rights leader and congressman John Lewis’ in Atlanta. Lewis died of pancreatic cancer several weeks ago at 80 years old. Obama’s eulogy to the late congressman touched on Lewis’ legacy and his fight for civil rights for Black Americans, relating it to the current fight against voter suppression, to which he criticized Trump for trying to do.