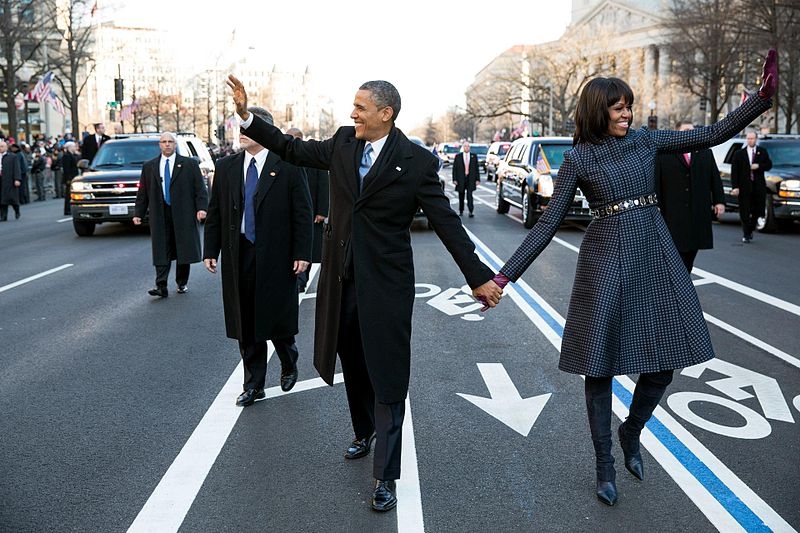 Michelle Obama’s Spotify-exclusive podcast premiered this week, with her husband, former president Barack Obama as her first guest. During the podcast, the former first lady seemed to take a light jab at Donald Trump, with her introduction to her husband.

The Independent reports the Obamas talked about their life in quarantine, along with the current situation in the United States, with the fight to combat systemic racism as well as the ongoing pandemic. Both the former president and former first lady took a jab at Trump without mentioning him directly, and Michelle referred to her husband as someone who is aware of and reads history.

“As a former president who reads and knows history, as that person, you understand the arc of progress,” said Michelle, who then told listeners to pause and think about the current political climate in the US today.

“We are moving towards more inclusivity, more openness, more we-ness, it’s not an easy trajectory, it is bumpy and it is uncomfortable, and that’s how change happens,” said the former first lady.

The former president also weighed in on the current situation, expressing how the danger that today’s generation is facing, paired with the pandemic and the protests to end systemic racism, is “that they become too deeply cynical in government. Not understanding that all government is us collectively making decisions together.” Mr. Obama then noted that the situation has to worsen before it can get better through people finally figuring out how to overcome the current challenges.

Meanwhile, the former first couple’s production company, Higher Ground, has received seven nominations for its projects in the upcoming 2020 Emmys, which were announced Tuesday. The seven nominations were under two of their documentaries, titled American Factory and Becoming. American Factory, which is a look into a Chinese factory that is based in Ohio, received Emmy nods in direction, picture editing, and cinematography. Becoming, the documentary named after Michelle’s book that looks into the first lady’s life and work, received Emmy nominations for direction, cinematography, music composition, and outstanding documentary.