Barack Obama encourages Americans ‘to do both’ protests and politics, vote in 'state and local levels' 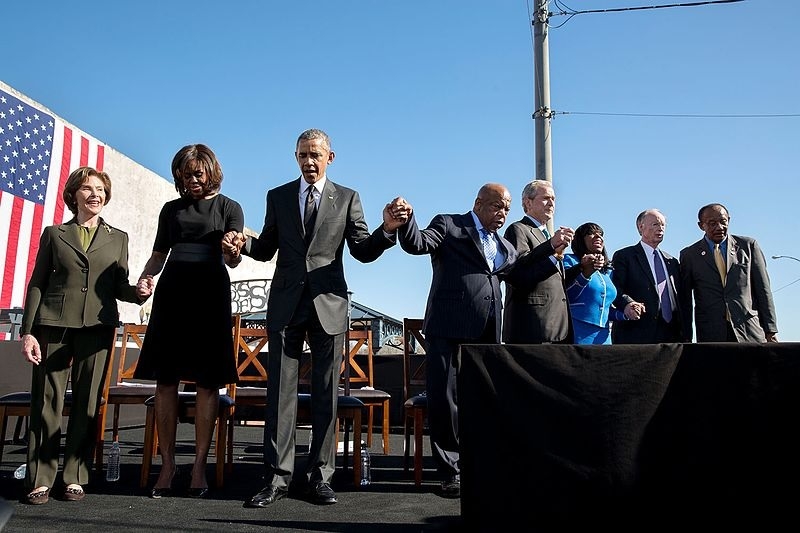 Barack Obama: ‘The choice isn’t between protest and politics’

Obama emphasized the historical significance of protests. However, he also highlighted that disgruntled Americans can do more than going out on the streets, and that is to actively participate in elections – not just on the presidential level.

In a blog post, Obama recognized that the ongoing protests are manifestations of “genuine and legitimate frustration” of not seeing a substantial change in police and criminal justice institutions for several decades. He also called out people instigating violence for whatever reason, adding that it only puts others in danger.

Meanwhile, the main focus of Obama’s post emphasizes the need to vote. “The elected officials who matter most in reforming police departments and the criminal justice system work at the state and local levels,” the first black American president wrote.

He reminded people that mayors and county executives are the ones choosing police chiefs. Additionally, district attorneys and state attorneys have a say on whether or not an investigation should be opened on cases that involve police forces. “So the bottom line is this: if we want to bring about real change, then the choice isn’t between protest and politics. We have to do both,” Obama said.

Why people are protesting across the United States

News in the U.S. has been filled with images of mass protests over the past week. They follow a series of fatal incidents, involving white suspects and police forces, that victimized three African-Americans – Ahmaud Arbery, Breonna Taylor, and George Floyd.

The case of the latter has been attributed as what sparked the national outrage. Floyd died on May 25 while being arrested by four Minneapolis police officers. While they have all been fired, Derek Chauvin is the only one arrested after being seen kneeling on Floyd’s neck while he repeatedly complained of difficulty breathing and even calling for his mother at one point. Reports have it that Chauvin maintained that position for at least seven minutes. Chauvin was placed in custody four days later and was charged with third-degree murder.

Protesters in different cities have been met with rubber bullets and tear gas, sometimes affecting even credentialed reporters and their crew, while curfews have also been enforced. Donald Trump has called for military action against the demonstrators, and Aljazeera reports as of Tuesday that the National Guard has been deployed on 23 states while rallies have been spotted in more than 350 cities in all 50 states.