Brexit: the next legal steps on the road out of Europe 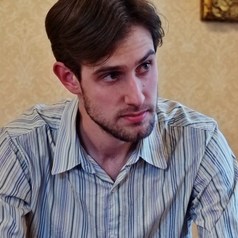 In legal terms nothing has happened – at least not yet – in Britain’s departure from the EU. The referendum result that 51.9% believe the UK should leave the EU is advisory, and does not change the fact, as the prime minister, David Cameron, acknowledged on the steps of Downing Street on June 24, all of the UK’s obligations under EU law continue in force as they did before a vote was cast.

But as the UK government confronts the reality of the public’s decision to back Brexit, they face formidable difficulties in how to convert that vote into a new relationship with Europe.

EU law has been intertwined into the UK’s legal systems for more than 40 years. This is a tangle of legal rules from which the UK does not just simply have to extricate itself, but in many cases replace. The UK government, in the middle of a leadership change, will need to prepare to assume a range of governmental functions (from supporting agriculture to conducting commercial policy with the wider world) that have until now been directed from Brussels.

At the same time it will need to prepare a negotiating position for exit talks over what sort of relationship the UK will continue to have with the EU in areas such as trade and the movement of people. It will also have to address the effects of the severe and immediate economic shock triggered by the referendum result.

In these febrile days following the vote, it is worth recognising that the Cameron’s decision to delay the process of withdrawal is not some effort to subvert the will of the electorate or complex gamesmanship with Brussels. Nor is the negotiation process being held hostage by internal Conservative party politicking as a leadership race begins.

Cameron suffered such a catastrophic reversal that he no longer had the personal authority necessary to lead the negotiations. However quickly EU leaders want to get things started, they have to wait for the UK to initiate the process, which means waiting for the next prime minister to take office. And right now, the UK government does not have the administrative capacity to enter immediate negotiations and deal in short order with the whole can of worms that the pro-Brexit vote has unleashed.

A range of legal options exist for cutting ties. As a matter of domestic law, it is possible for the UK to simply repeal the European Communities Act 1972. This would amount to the UK reneging on its international obligations by immediately severing the connection between EU law and our domestic legal systems.

In the heady days of the campaign, some prominent Leave supporters stated their preference for this course of action. This “nuclear option” would, however, also free other EU member states from their obligations towards UK goods and services and UK nationals within their borders. A rapid repeal could therefore degenerate into an acrimonious series of tit-for-tat restrictions.

In a have-his-cake-and-eat-it intervention, the justice secretary, Micheal Gove, suggested selective amendments to the 1972 Act could end some of the UK’s EU obligations which he hoped would not sour wider Brexit negotiations. There is little to suggest that the EU would accommodate such efforts.

A second legal possibility is that a new UK government could seek to renegotiate its relationship with the EU to gain further concessions from Brussels and put a new deal to the UK electorate. In the early stages of the Brexit debate, various Leave campaigners suggested that a vote for Brexit could be the precursor to an even better deal with Europe. But as the campaign unfolded, Vote Leave was pushed into an uncompromising position and one its leaders, Boris Johnson, ruled out any attempt at further renegotiation.

In reality, any advance on Cameron’s deal would require all EU member states to agree to a renegotiation of the Treaty of European Union. EU leaders have, both before and after the Brexit vote, poured cold water on the prospects for further concessions to keep the UK in the EU. With the Remain campaign vowing to respect the will of the electorate a profound shift in public attitudes to Brexit would have to be evident for pressure for a second referendum to become telling.

So the signs point towards the UK being the first country to invoke Article 50 of the Treaty of European Union and begin its two-year withdrawal process. Cameron has said that he considers that this will be the next step in the Brexit process, but his comments come with the caveat that he will not be the leader instituting that step. The problem is that this mechanism does not specify whether it covers both the negotiation of the UK leaving the EU and its subsequent relationship.

The European Council president, Donald Tusk, has suggested that the whole process could take fully seven years. This means that it might be some time before Article 50 is triggered, with delays frustrating Brexit supporters who are likely to be a powerful influence upon a new Conservative administration and also discouraging investment into the UK. Or it’s possible that the UK could exit without the fundamental elements of a new deal in place – with severe consequences for trade and travel.

For now, the most serious cause of confusion is the disparate range of opinion on the Brexit side. Some hardliners continue to push for a bare free trade deal, which would limit the reach of European law within the UK, but would leave many more barriers in place to UK exports than currently exist.

Others suggest that the UK could exit into the European Economic Area to retain single market access. Doing so would, however, mean continuing to implement European law and to make payments in order to maintain the single market system. The only certainty is that a “no compromise” position, exemplified by Johnson’s suggestion that the UK will be able to keep single market access without following the associated rules, will have little traction in Brussels.

The impact of the Brexit vote will not stop with the UK’s relationship with the EU. Pressure from within the Leave campaign might also drive a new administration to abandon the UK’s position within the European Convention on Human Rights as another vestige of “European” influence in UK law-making, even though it is unaffected by last week’s vote. And, as has become apparent since the vote, Scotland, Northern Ireland and Gibraltar will all force their way onto the next government’s agenda.

So the UK has not simply chosen to redefine its relationship with the EU and its law. Brexit certainly does not amount to the UK’s “independence day”. But it will fundamentally alter the nature of governance in the 21st-century United Kingdom.

Colin Murray receives funding from the ESRC in support of his work on the project "Constitutional Conundrums: Northern Ireland, the EU, and Human Rights".