Capitol insurrection: Rioter given pretrial release for mistakenly thinking he was 'storming the White House' 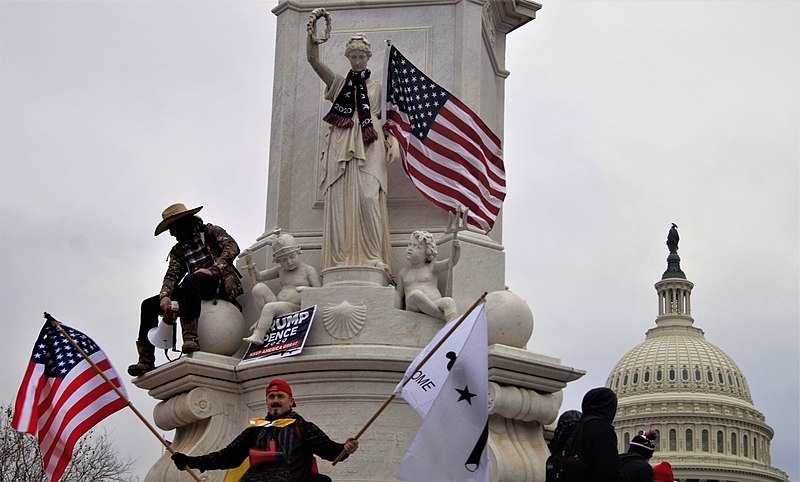 Hundreds of people who took part in the January 6 insurrection at the Capitol have been arrested, with several awaiting trial for their involvement. One rioter, in particular, was recently granted a pretrial release after mistakenly thinking that he was storming the White House instead.

Doug Jensen from Iowa, accused of participating in the insurrection at the Capitol, was granted a release by US District Court Judge Tim Kelly awaiting trial. Jensen’s attorneys argued that he thought he was breaking into the White House rather than the Capitol building, which resulted in five people dead and over 100 police officers injured. In photos and video footage of the incident, Jensen was among the rioters who were diverted by Capitol Police officer Eugene Goodman.

In a newly released cellphone video footage of the insurrection, Jensen was seen shouting, “This is me touching the f***ing White House!” with his hand on the Capitol as the riots occurred. Another video footage also showed Jensen’s confusion as to where he was when he shouted his encouragement to his fellow Donald Trump supporters when they broke into the building.

Kelly granted Jensen to be released from detainment but under house arrest due to having no knowledge of where he was on the day of the riots. In his home confinement, Jensen is prohibited from contacting others involved in the insurrection, possessing firearms, refrain from drinking alcohol and from internet-capable devices.

Jensen is among several rioters that have been released awaiting trial for their involvement.

The insurrection, incited by now-former President Donald Trump, also led to his historic second impeachment by the House and his suspension from most major social media platforms. However, to this day, Trump has continuously repeated his false claim of voter or election fraud, the claim that culminated in the insurrection.

Tuesday, Josh Munn, an alleged Capitol rioter from Wisconsin, has been charged for his participation even after giving a bizarre defense for his actions. Munn has been charged for knowingly entering a restricted building along with three counts of disorderly conduct. Munn documented his experience of breaking into the Capitol along with four other members of his family on social media platforms such as Facebook and Snapchat.