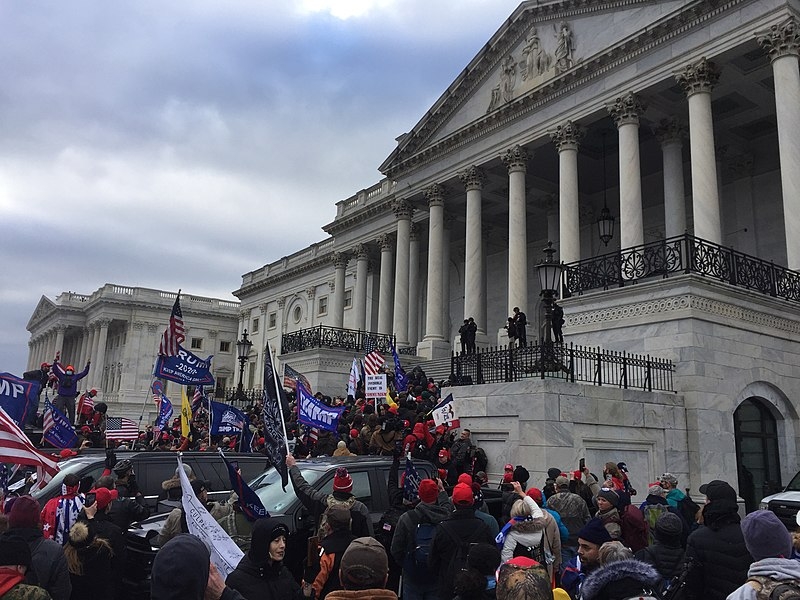 As part of the investigation by the bipartisan House Committee on the January 6 Capitol riots, subpoenas were presented for phone records of several members of Congress. According to former Republican Congresswoman Barbara Comstock, this should also include other notable individuals with ties to disgraced former President Donald Trump, including his own son Donald Trump Jr.

Over the weekend, Comstock appeared on CNN where she commented on the bipartisan panel’s seeking of phone records of members of Congress who may be suspected to have prior knowledge or involvement. The former Virginia Congresswoman reiterated the importance of retrieving the phone and text message records of those who are suspected to be involved or have had knowledge of the riots beforehand.

When host Jim Acosta asked if this would also include the phone and text message records of House Minority Leader Kevin McCarthy, Comstock said that anyone with possible knowledge should have their phone records or text message records obtained by the panel. McCarthy is known to have contacted Trump as the riots transpired that day as was Ohio GOP Rep. Jim Jordan. The former congresswoman added that she would also focus on the notable officials in the Trump administration.

“One of the first people I’d focus on are people like Donald Trump Jr, Mark Meadows. People at the White House and conducting the rally. I do think, as Paul knows, I subpoenaed a lot of phone records and email records in my day of the Clinton administration. Congress has an absolute right to subpoena those records, and I think what they have done is exactly appropriate,” said the former Virginia congresswoman.

Following the announcement of the panel’s subpoenas to telecom companies, McCarthy along with other GOP members of Congress who have been suspected like Marjorie Taylor Greene threatened to take legal action against the companies if they comply with the subpoena requirements. According to GOP campaign consultant Susan del Percio, McCarthy’s threats to the telecom companies are his way of not only protecting himself but also the twice-impeached former president.

Speaking with Alex Witt on MSNBC, Del Percio said that McCarthy’s attempts to threaten telecom companies into withholding his phone and text records from the committee said that this all stems from fear. Del Percio explained that McCarthy is afraid of what would be revealed and thus attempts to delay the process as much as possible.