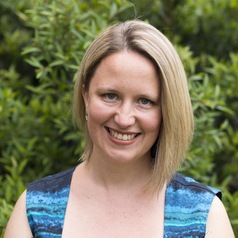 When Prime Minister Malcolm Turnbull attempted to defend negative gearing by explaining that it had allowed a baby to enter the housing market, he triggered a debate still raging on the facts of the issue.

The minutiae of negative gearing, once largely confined to discussion among policy experts, became mainstream news.

The Project’s Waleed Aly joined in, giving a compelling analysis of the need for tax reform for a more equitable Australia. Cutting to the chase, Waleed described a situation where “the cost of the average house is roughly 4.3 times household income.”

Waleed Aly explains why negative gearing should be abolished.

Aly’s well-executed explanation reminds us that making sense of policy requires motivation, economic and financial knowledge, and a range of capabilities.

Aly demonstrates this motivation in an accessible way. He shows that he has read and watched others' analysis of economic issues. He is curious and asks questions, including “What does this mean for me?”. He can apply financial mathematics. He demonstrates critical thinking about political spin. He shows skillful communication about his experiences and views. Further, he demonstrates that he is ethically oriented to a more equitable Australia.

Most of us know changes being made to tax and super are important. But let’s face it, this stuff makes our eyes glaze over. And sometimes our financial literacy is tested.

The role of financial literacy

But having a limited level of education doesn’t necessarily mean someone has a low financial literacy. Take father of two Duncan Storrar who appeared on Q&A last week and introduced himself as having “a disability and a low education”. Storrar questioned the government’s move to lift the upper end of the 32.5 cent tax bracket from $80,000 to $87,000. But when Innes Willox from the Australian Industry Group said those on the minimum wage don’t pay much tax, Storrar quickly replied, “I pay tax every time I go to the supermarket”.

Behavioural economists tell us that financial problem-solving and decision-making may depend as much on values, expectations, emotions and notions of control and confidence about money than knowledge. This means that your family and socioeconomic background is powerfully influential and teaching and learning about money can be values-laden. So it doesn’t matter how old those needing to improve their financial literacy are - crafting relevant and meaningful financial literacy lessons is by no means easy.

So, what is the best approach?

The answer depends on who you ask. Financial experts generally suggest teaching responsible money management, including budgeting and saving. Going back to Malcolm Turnbull and Waleed Aly, Turnbull wants us to believe that with the right parents, financial advice and greater discipline, we might all have not one, but two or more properties. Akin to the weight-loss movement, this plays on our emotional attachment to a particular dream and provides an incentive to do more to keep track of our money.

By contrast, educational experts tend to see things differently. Aly seems to have knowledge and capabilities that are desirable, teachable, and transferable to a range of “real world” problems. He embodies what it means to be financially literate to the extent that he brings a range of capabilities to making sense of his everyday financial reality within a complex financial system.

What should be taught in schools

If Australian schooling is to achieve its goals of promoting equity and active and informed citizenship, there needs to be a rethink of what it means to be financially literate. This means bringing social justice to the conversation and shifting the emphasis from “responsibility” to “capability”.

Consider this starting point for a lesson:

Jason and Jane are twins. Both start working at McDonald’s at the age of 15. Both graduate from University and pursue professional careers. While their careers progress at a similar rate, Jason’s average annual income of $100,000 is 10% higher than Jane’s. Jane’s career is interrupted by 3 x 12-month periods of maternity leave and a total of 10 years working only 3 days per week. Jason works full-time continuously throughout his career. Both retire at the age of 65. Evaluate the financial decisions Jane and Jason must make, and the impact on their lives.

This approach has been researched - we know it works. Looking at the Australian Curriculum, Economics & Business and Mathematics are important learning areas to apply to this problem-based lesson. But it is the seven general capabilities that are central. These capabilities include: literacy; numeracy; information and communication technology; critical and creative thinking; personal and social capability; ethical understanding; and intercultural understanding.

The key to preparing students for life beyond school is identifying “real world” financial problems and teaching through issues, as opposed to topics.

For example, a good teacher might plan a provocative lesson about the information gap between a bank or insurer and the customer by discussing the CommInsure life insurance scandal.

Carly Sawatzki does not work for, consult, own shares in or receive funding from any company or organization that would benefit from this article, and has disclosed no relevant affiliations beyond the academic appointment above.