Bitcoin and Blockchain’s Impact on Gaming

Analyzing Bitcoin: How to Get More Profit

Japan exports up 16.1%, growing by double digits for first time since 2018

FinTech For All: How This Startup is Making Online Financial Services More Accessible

5 Reasons Why You Should Start Trading Bitcoin.

Disney closing down 60 stores across the U.S. and Canada; Massive job layoffs feared 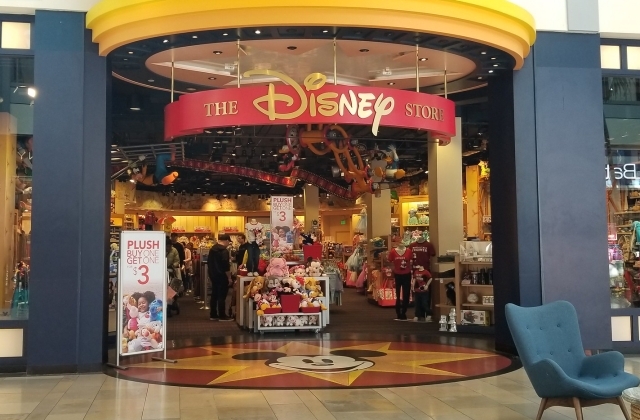 Disney said that it is shutting at least 60 of its retail stores in North America. With the closures, layoffs will definitely follow, but the company did not say how many people are set to lose their jobs. The closing of the Disney stores was announced on Wednesday, March 3.

The extent of the shop closures

It was reported that the 60 stores are just in the U.S. and Canada, and the American mass media and entertainment conglomerate has plans to close its retail stores in other countries as well. The Walt Disney Company will be ceasing operations of around 20% of its shops worldwide.

Some of the additional locations may include Europe, where Disney is said to be considering the significant reduction of its shop outlets. The company owns about 300 stores worldwide, and it was mentioned that those in China and Japan would not be affected by the shutdowns.

USA Today further noted that it would not affect the over 600 outlets located in Disney Parks and other similar places, including the ones inside Target stores. And as said earlier, this will lead to job cuts, but it is not clear how much of the workforce would be terminated.

Why Disney decided to stop operating its retail outlets

It was revealed that Disney made the decision due to the changing trends in shopping. People are moving to online shops instead of visiting the physical shops to buy what they need and want. Apparently, this change has been triggered by the COVID-19 pandemic as the public was forced to stay home.

As this happened, Disney decided to change as well and will put more effort into digital shopping. The company said that it will be focusing more on online selling and will boost its e-commerce platforms.

“While consumer behavior has shifted toward online shopping, the global pandemic has changed what consumers expect from a retailer,” Stephanie Young, Disney’s president of consumer products, games, and publishing, told Reuters. “We now plan to create a more flexible, interconnected e-commerce experience that gives consumers easy access to unique, high-quality products across all our franchises.”

Finally, with the improved ShopDisney websites, the company will be adding more products to include an assortment of items such as home items, adult apparel, and more. The upgraded digital shopping will also feature more character selections, including Star Wars, Marvel, and Pixar brands.