Donald Trump praised: Could POTUS be the president the country needs in light of COVID19 crisis? 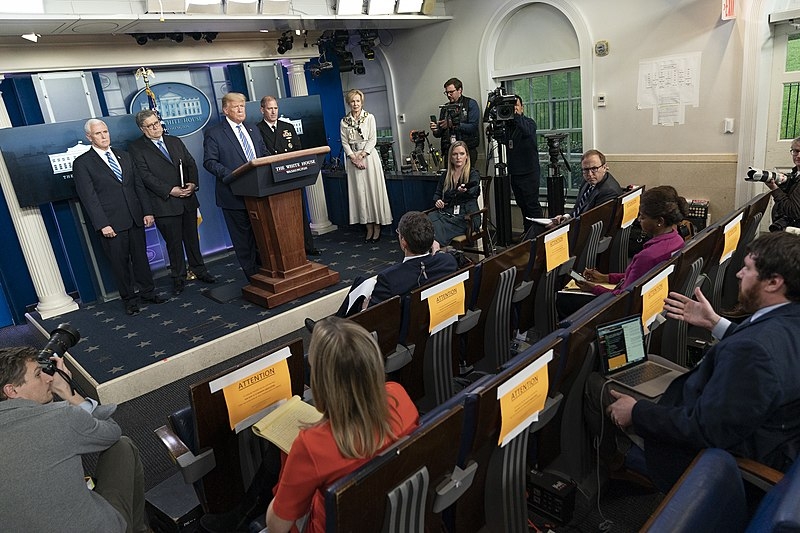 Over the past several weeks since the coronavirus cases in America have skyrocketed, the Trump administration was criticized for their response to the pandemic by both sides. But in light of the growing numbers of confirmed cases and fatalities, could Donald Trump be the president that America actually needs at the moment?

According to a piece on Politico, Trump may be the kind of president that the country needs during this time where millions of low-income people are struggling financially after being forced to stay at home. As to why that may be the case, as the severity of the coronavirus appears to have sunken in with Trump, in a sudden change of tone, the president appears to be ready and willing to spend as much as possible in order to keep the economy and families everywhere afloat.

Lawmakers in both the Congress and the Senate are scrambling to pull together a stimulus package that involves the federal government and its other related units, to pay American families and residents up to $1,000 or more as well as issuing loans without any interest to small businesses under the condition that employees are not to be fired.

Trump, through Treasury Secretary Steve Mnuchin, apparently wants to go bigger and bolder when it comes to keeping the economy afloat, something he has iterated towards House Speaker Nancy Pelosi and Senate Majority Leader Mitch McConnell. Included in the desired stimulus package would be more paid sick leaves, payroll tax holidays, and deferring student loans.

Lawmakers have since failed to come to a consensus on one singular stimulus package as it was often subject to debate and this requires significant bi-partisan backing in order for it to move forward. However, it appears to remain a matter between parties as a report reveals a comparison drawn from the stimulus package drafted by the Democrats in Congress and the one drafted by the Republicans in at the Senate.

There were some differences between both bills. The House’s bill stipulated that there would be a boost in emergency funds for agencies as well as mandating “green rules” when it comes to airlines, the elimination of a payroll tax suspension as well as additional assistance for hospitals, schools, and food banks to name a few.