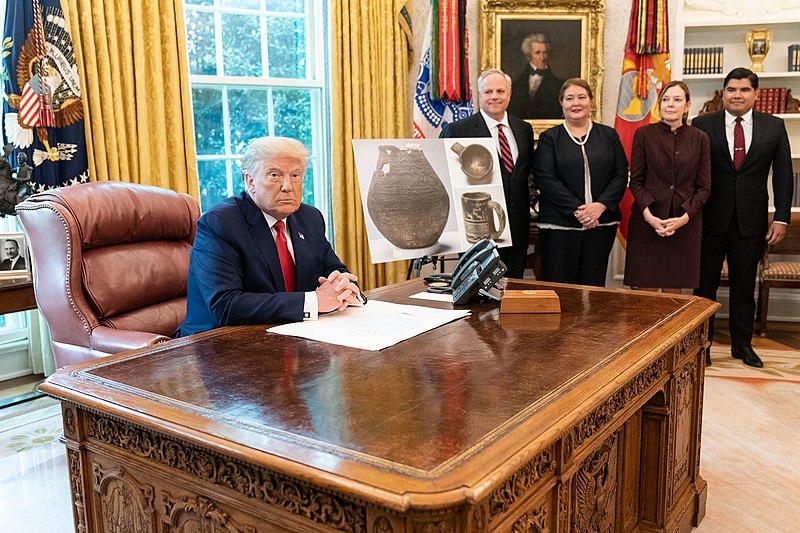 Following the passing of Supreme Court Justice Ruth Bader Ginsburg, a partisan clash has occurred over who would take her place, with Donald Trump and Mitch McConnell already adamant in filling in the now-vacant seat. However, Democrats are also scrambling to delay the selection and nomination of a new Justice until after the elections in November, with Nancy Pelosi hinting that a second impeachment for Trump is not off the table.

Speaking with George Stephanopoulos on ABC’s This Week, Pelosi was pressed on whether the House Democrats would decide to impeach Trump or DOJ attorney general William Barr. Although Pelosi did not confirm the idea, she did not dismiss the possibility either.

“We have our options. We have arrows in our quiver that I’m not about to discuss,” said Pelosi. “But the fact is, we have a big challenge in our country. This president has threatened to not even accept the results of the election with statements that he and his henchmen have made. So right now, our main goal...would be to protect the integrity of the election as we protect the American people from the coronavirus.”

When Stephanopoulos asked Pelosi whether the House would rule out any measure to block the Republican-controlled Senate’s agenda, Pelosi hinted that there would be none and that the House Democrats could use any means necessary to delay finding a replacement for Ginsburg until after the election. According to the constitution, should the House vote to impeach either Trump or Barr, the Senate will be forced to hold a trial for the president or cabinet official.

Meanwhile, many Democrats have already warned of the possibility that Trump will refuse to accept the results of the November elections, especially if he loses to Biden. During his campaign rally over the weekend, Trump threatened his supporters that they will never see him again if he loses the election in November. Aside from that, Trump has also threatened to issue an executive order to disqualify his Democratic challenger from the race.

“If I lose to him, I don’t know what I’m going to do. I will never speak to you again. You will never see me,” said Trump.

Shortly after, Biden shared the clip of Trump saying these remarks on Twitter and responded, “I’m Joe Biden and I approve this message.”