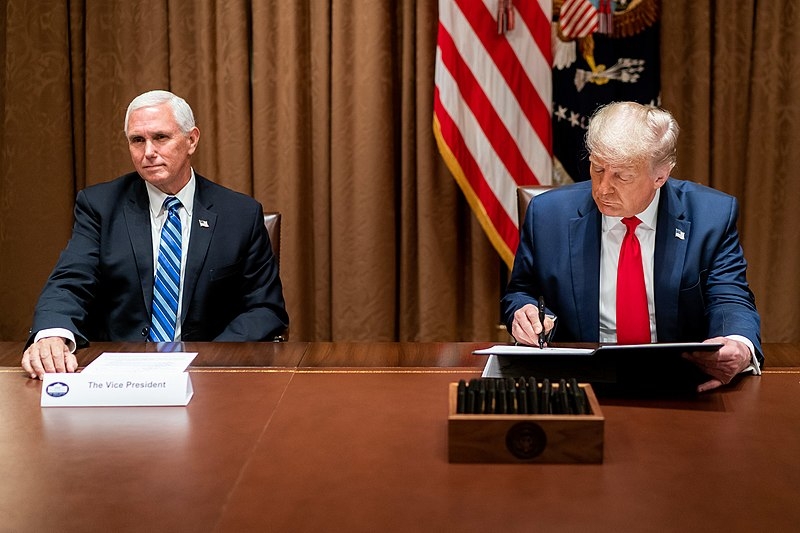 Donald Trump has staunchly opposed casting votes by mail, despite the pandemic forcing many Americans to stay indoors as per orders of the state governors. Now, as the state of Nevada is on the verge of signing legislation of sending ballots by mail to registered voters, Trump has threatened the state government with a lawsuit to block the decision.

Politico reports that Trump took to Twitter to threaten the state of Nevada with a lawsuit upon news of its lawmakers passing legislation of automatically sending ballots to registered voters with its Democrat governor Stephen Sisolak, expected to sign the legislation into law for the state. Trump has constantly opposed mail-in or absentee voting, reasoning claims of voter fraud and that no Republican would be able to win in that scenario, and insisted upon in-person voting despite the pandemic.

“In an illegal late-night coup, Nevada’s clubhouse Governor made it impossible for Republicans to win the state. Post Office could never handle the Traffic of Mail-In Votes without preparation. Using Covid to steal the state. See you in court!” tweeted Trump.

Contrary to Trump’s claim, Republican state lawmakers have been embracing mail-in voting, especially as some states have regularly done mail-in voting. A recent study found that this method of voting does not benefit one party over another. Other states such as Vermont and California, will be resorting to mail-in voting this year out of safety concerns of the COVID-19 pandemic.

Although experts have acknowledged that the risk of voter fraud is substantial through mail-in voting, they have also noted that it would be the case only if proper security measures are not implemented.

Meanwhile, a probe into Trump’s finances is still underway, and according to Manhattan District Attorney Cyrus Vance, he was justified in requesting eight years’ worth of both corporate and personal tax returns. Vance cites reports of unusual conduct transpiring from within the Trump Organization.

Trump’s attorneys argued that the subpoena to request for the tax returns was “too broad” and that it was only a move made to harass Trump. Nevertheless, Vance’s side wrote that the New York courts are already aware that their suggestion “is fatally undermined by undisputed information in the public record.”

Last month, the Supreme Court dismissed claims made by Trump’s attorneys that he could not be investigated while in office.