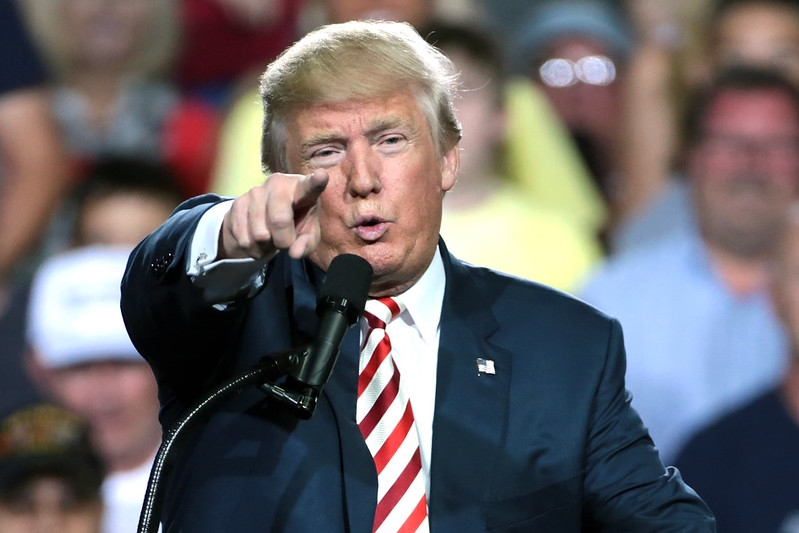 President Donald Trump fired back at Joe Biden after the latter criticized the POTUS on Saturday for playing golf even as the death toll due to the coronavirus pandemic continues to rise. On Sunday, Trump defended his action and attacked not only Biden but also former President Barack Obama.

Joe Biden tweeted on Saturday evening criticizing Donald Trump of playing golf even when the country is currently facing a deadly health crisis. “Nearly 100,000 lives have been lost, and tens of millions are out of work. Meanwhile, the president spent his day golfing,” Biden tweeted, according to Forbes. His campaign also released an ad showing the POTUS playing golf as the coronavirus death toll number rises.

Donald Trump defended his action and blamed the media for making a big deal out of his golfing. “Some stories about the fact that in order to get outside and perhaps, even a little exercise, I played golf over the weekend,” the POTUS tweeted on Monday, according to Daily Mail. “The Fake & Totally Corrupt News makes it sound like a mortal sin - I knew this would happen!”

Trump also claimed that it was the first time he played gold in months. “What they don’t say is that it was my first golf in almost ... 3 months and, if I waited 3 years, they would do their usual ‘hit’ pieces anyway,” Trump continued. “They are sick with hatred and dishonesty. They are truly deranged!”

Donald Trump then proceeded to attack not only Joe Biden but former President Barack Obama as well. “They don’t mention Sleepy Joe’s poor work ethic, or all of the time Obama spent on the golf course, often flying to ... Hawaii in a big, fully loaded 747, to play,” Trump wrote on Twitter. “What did that do to the so-called Carbon Footprint?”

“He also played moments after the brutal killing by ISIS of a wonderful young man,” Trump added. “Totally inappropriate - and it was me who shattered 100% of the ISIS Caliphate. I was left a MESS!”

Trump has been critical of then-president Obama before the former entered politics. “Can you believe that, with all of the problems and difficulties facing the U.S., President Obama spent the day playing golf,” Trump tweeted on October 2014, according to Forbes. “Worse than Carter.”

What’s interesting is that Trump then criticized Obama of the same thing Biden is criticizing him now. “President Obama has a major meeting on the N.Y.C. Ebola outbreak, with people flying in from all over the country, but decided to play golf!” Trump tweeted later on the same month.