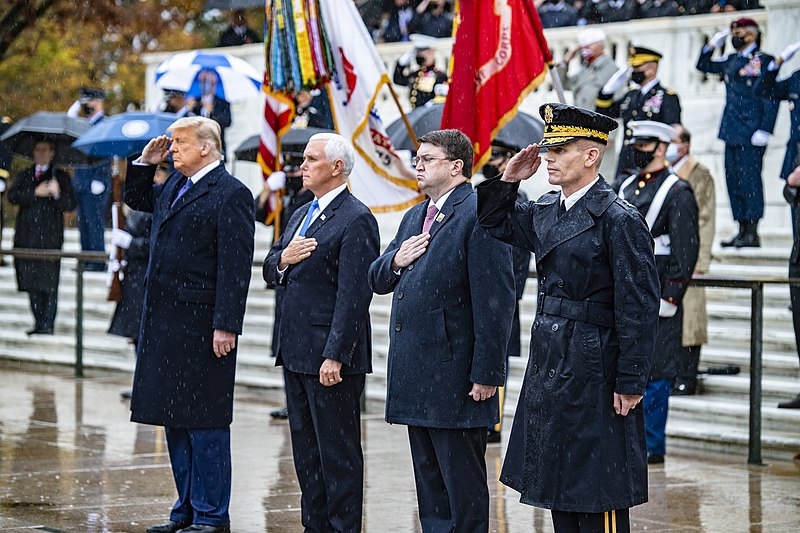 Donald Trump is now in the last few months of his presidency yet he continues to claim he was cheated of the election. In the midst of his increasingly tenuous pursuit of clinging to power, Trump has now fired a Homeland Security official who has pushed back on his voter fraud claims.

Trump took to Twitter to announce the dismissal of Homeland Security official Chris Krebs, who is also the director of the Cybersecurity and Infrastructure Agency. Krebs was among the most recent of election officials who have pushed back against Trump’s baseless claims of election misconduct and voter fraud. Last week, Krebs released a statement saying that he found no evidence of any changes or erasures of votes in the voting computers nor were the votes that were returned compromised in any way.

“The recent statement by Chris Krebs on the security of the 2020 Election was highly inaccurate, in that there were massive improprieties and fraud -- including dead people voting, Poll Watchers not allowed into polling locations, ‘glitches’ in the voting machines which changed...votes from Trump to Biden, late voting, and many more. Therefore, effective immediately, Chris Krebs has been terminated as Director of the Cybersecurity and Infrastructure Agency,” tweeted Trump.

Twitter has since flagged the tweet saying that Trump’s claims have already been refuted. Despite filing many lawsuits on the same matter in the battleground states that Trump needed to win the election, they have been unsuccessful. Krebs has continued to refute election fraud claims, even tweeting that all 59 of the election security experts have come to the same conclusion as he did.

Meanwhile, election officials in Georgia have also said that a recount will not change the outcome of the results between Trump and now-president elect Joe Biden. The results that will be announced on Thursday, according to the officials, will more than likely remain the same, with Biden winning the state over Trump by a margin of 14,000 votes. The election officials also added that the recount will not provide evidence to support his claim of voter fraud.

Election officials in Wisconsin, who are doing a partial recount of the votes, have also echoed the statement in Georgia.