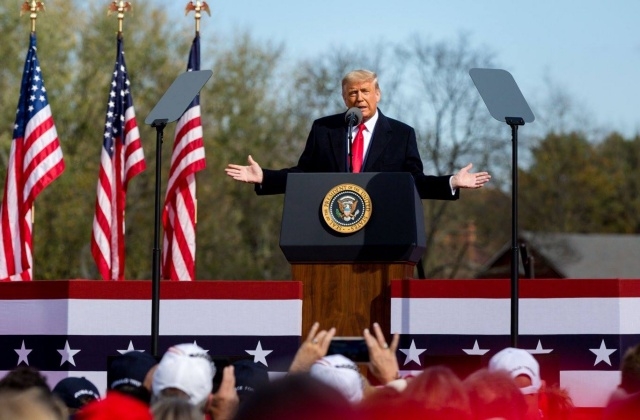 Most of the leaders around the world have already congratulated Joe Biden for his win as the 46th president of the United States. However, despite this, Donald Trump is still in denial and believes he won.

Calls for Trump to accept defeat

In other words, the POTUS shows no sign that he will concede soon and allow his rival to take over. Now, this is exactly why many officials are worried since this will hamper the efforts of the new president.

Since Donald Trump can’t accept his loss, the Center for Presidential Transition called on the POTUS to start the handoff to Joe Biden’s staff. The center wrote in a letter last weekend:

“We urge the Trump administration to immediately begin the post-election transition process and the Biden team to take full advantage of the resources available under the presidential transition act.”

As per NBC News, the statement was signed by the Democratic and Republican administrations such as Josh Bolten and Michael Leavitt, both held positions under George Bush’s administration.

Why Trump’s concession is important

Apparently, if Donald Trump will not cooperate, it will slow down Joe Biden’s capability to act on the problems regarding the coronavirus pandemic. The much-needed reinstatement of environmental regulations will also be delayed.

The Associated Press also mentioned that since Trump won’t recognize his rival’s win, it will hinder the Democrats’ move to establish a government under a new leader.

Biden’s transition aid, Jen Psaki, also noted that the stakes are especially high if Trump will not concede because of the pandemic that requires a comprehensive government response.

A resident scholar at the American Enterprise Institute, Norman Ornstein, further told NBC News that a delay in transition is a big problem.

"If it goes on longer, a potentially very big problem," he said. “This is a disturbing sign."

Meanwhile, Donald Trump is expected to step down and leave the White House in January. By then, Joe Biden’s team and officials are hoping that full transition is already in place. Thus, the president must really acknowledge Biden as soon as possible and accept his loss already.