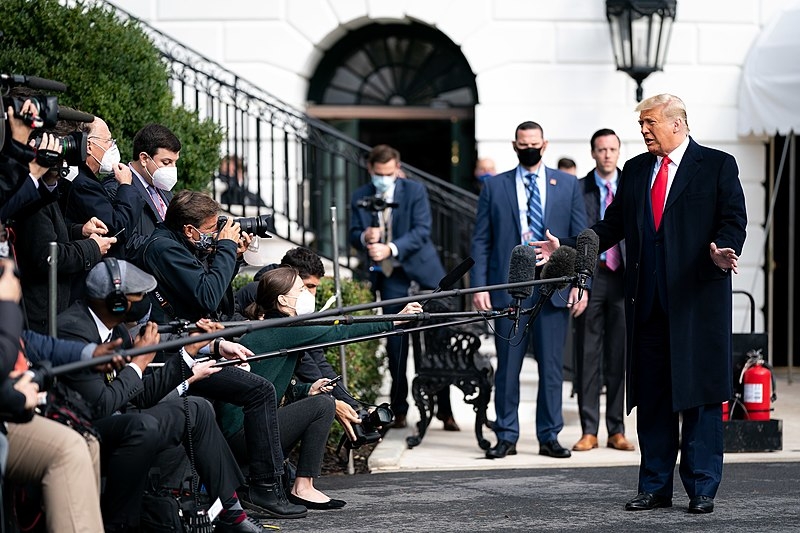 Days after the elections and Donald Trump has yet to concede to Joe Biden after the Democratic candidate received the electoral votes of Pennsylvania over the weekend. In the midst of pursuing legal action regarding the results, Trump has established a PAC to maintain his influence within the Republican Party.

Trump has put up a PAC called Save America, according to filings in the Federal Election Commission. This PAC could help the outgoing president maintain his influence amongst his fellow Republicans even after leaving the White House. The PAC has already begun fundraising according to the Trump campaign and will receive a share of donations to put together Trump’s “election defense task force.”

“The President has always planned to do this, win or lose, so he can support candidates and issues he cares about such as voter fraud,” said Trump campaign spokesman Tim Murtaugh in a statement.

Aside from Trump’s election task force, the money donated to the PAC could also be used by Trump to fund his own political activities. It should be noted that leadership PACs are allowed to receive donations of up to $5,000 from individual donors annually. They can also accept donations from other PACs.

However, campaign experts have dubbed this move as a “bait and switch” tactic. Common Cause policy and litigation vice president Paul Ryan said that while Trump is saying that he needs funds to contest the election results, he is actually only putting money into an account saved for his future political pursuits. “Leadership PACs are notoriously abused by politicians as slush funds without violating any laws,” noted Ryan.

Whether Trump concedes or not, it is clear that he will no longer be president by January 20, 2021. With his impending return as a private citizen, Trump will also be faced with several lawsuits once he leaves the White House. Trump will be dealing with six lawsuits against him by 2021, such as the probe by Manhattan District Attorney Cyrus Vance regarding the Trump Organization following the hush money payments made back in 2016. There is also a lawsuit against him by the New York Attorney General regarding the values of his assets following revelations made by Trump’s former fixer Michael Cohen.

The attorneys general of Maryland and Washington DC are also pursuing a case against him for the emoluments clause. This alleged that Trump was profiting from the spending by foreign governments on his properties.