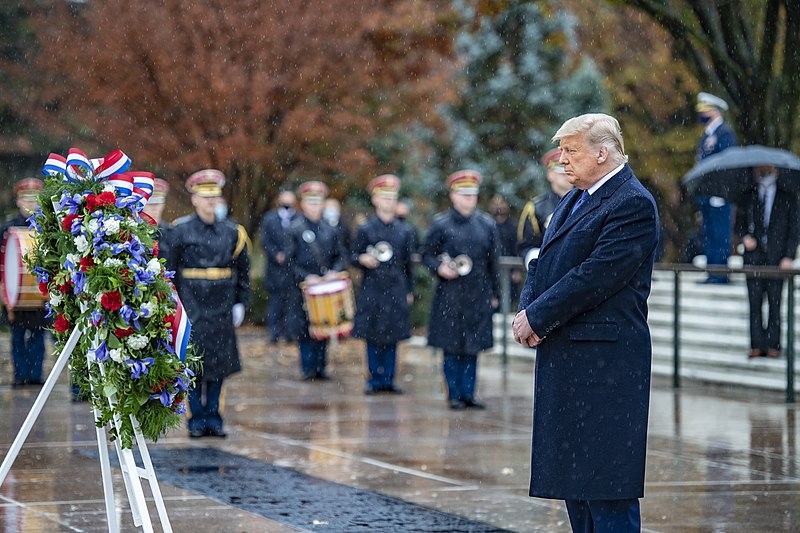 Almost a week following the results of Democratic candidate Joe Biden’s clear victory as the incoming president of the United States, Donald Trump still refuses to concede to his rival. His latest social media posts have noted Biden’s win yet the now-outgoing president continues to refuse concession.

Trump and his allies have refused to back down from the clear results from the election returns, pushing the claims of voter fraud and election rigging without providing any evidence. They have since pursued legal action but the string of lawsuits have been unsuccessful. Recently, Trump took to Twitter to reiterate his refusal to concede to his Democratic rival despite saying that Biden won.

“He only won in the eyes of the FAKE NEWS MEDIA. I concede NOTHING! We have a long way to go. This was a RIGGED ELECTION!” Tweeted Trump. Twitter has since flagged the tweet, as the claim has already been refuted.

Last week, election officials also reiterated that the election this year was the most secure. They have also noted that there was no evidence of any election fraud or voting fraud or any compromise in the computerized systems. Biden remains to be president-elect and now has 306 electoral votes which already exceeds the required 270 electoral votes necessary to win the elections. Biden has also won over the popular vote by over five million.

All the same, Trump has still refused to acknowledge Biden’s victory and his own defeat. The outgoing president’s refusal to concede has also resulted in a roadblock in the transition period ahead of the January 20 inauguration.

Meanwhile, Trump’s predecessor Barack Obama has also weighed in on the election results in his recent interview with Gayle King. Obama noted how both Biden and Trump received over 70 million votes which suggests the very noticeable divide that is present in the country.

“What it says that we are still deeply divided,” said the former president. “The power of that alternative worldview that’s presented in the media that those voters consume -- it carries a lot of weight.” Obama also expressed concern about how this divide is affecting the country’s democracy. “It’s very hard for our democracy to function if we are operating on just completely different sets of facts.”