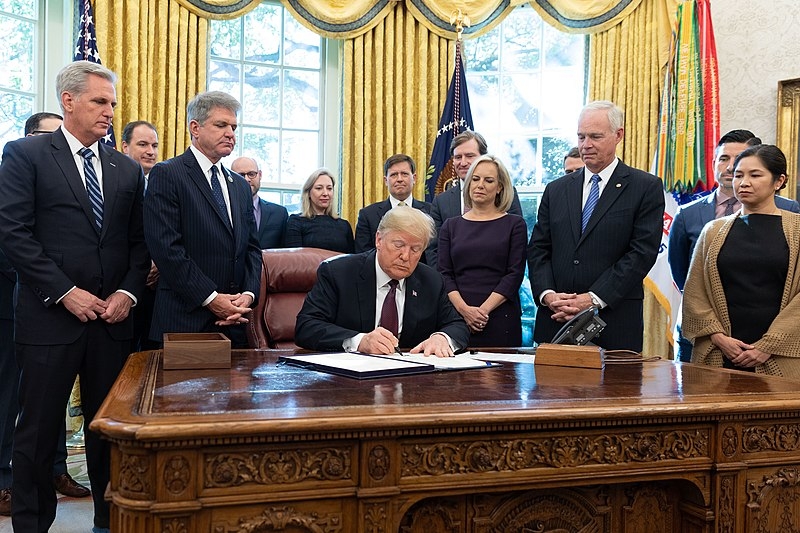 Donald Trump has increasingly drawn the ire of many Republicans and known supporters over the last several days as he continued to assert his unfounded claims about the election. Among them is former New Jersey Governor Chris Christie, who has already criticized Trump’s legal team’s pursuit of lawsuits to overturn the election.

Christie publicly criticized Trump’s legal team in the now-outgoing president’s desperate attempts to stay in power after losing to Joe Biden in the recent elections. Trump has refused concession and has constantly, without evidence, asserted his claims that the election was rigged. Christie noted their failure to produce evidence to support their allegations, as well as their attempts to attack Republican officials who have debunked his claims.

“If you have got the evidence of fraud, present it,” said Christie on ABC. “Quite frankly, the president’s legal team has been a national embarrassment.”

Christie also noted, referencing Trump lawyer Sidney Powell, “This is outrageous conduct by any lawyer...they allege fraud outside the courtroom, but when they go inside the courtroom they don’t plead fraud and they don’t argue fraud...Listen, I have been a supporter of the President. I voted for him twice, but elections have consequences, and we cannot continue to act as if something happened here that didn’t happen. If you are unwilling to come forward and present the evidence, it must mean the evidence doesn’t exist.”

The former New Jersey governor concluded by saying that it is time to put the country first before any political affiliation. Later on, the Trump campaign and its legal team headed by Rudy Giuliani and Jenna Ellis broke away from Powell and said that she is practicing law on her own.

Meanwhile, Trump has now allowed for the transition to begin even as he continues to pursue legal action in trying to overturn the elections in his favor. After several weeks, the General Services Administration has now formally signed off on the transition process from the outgoing Trump administration to the incoming Biden administration. GSA Administrator Emily Murphy turned in the letter saying that Biden and his incoming team will now have access to the funds required to begin his transition into the presidency.