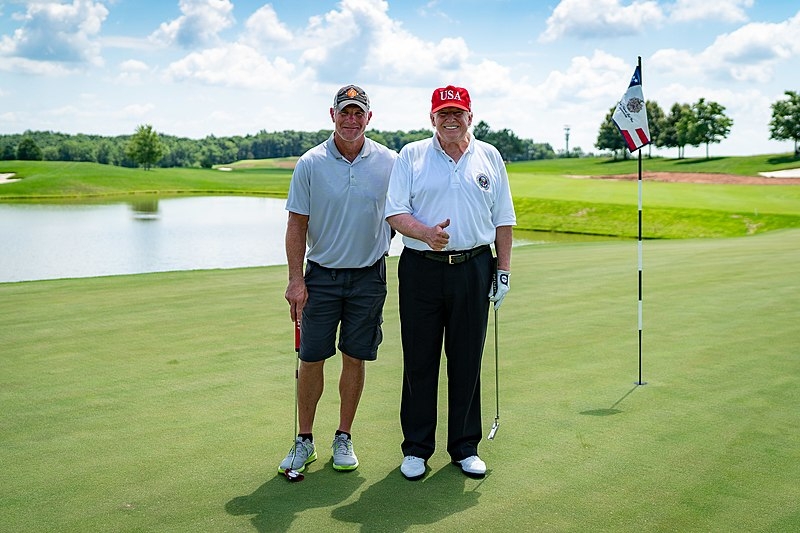 Since leaving office back in January, former President Donald Trump has been at the center of many investigations, including his businesses. It appears that his properties in Scotland may also be looked into as union officials in Scotland are calling for a government investigation into Trump’s Turnberry resort and his resort in Aberdeenshire.

The former president’s two golf resorts in Scotland were revealed to have taken up to $800,000 in taxpayer funds from the British government to protect jobs that were compromised during the pandemic. However, rather than protect workers at the resort, a top Scotland union complained that many were fired instead. This led the union officials to criticize the revelation, describing it as a “scandal” while calling on the government to investigate.

Government documents obtained by the Scottish Sun revealed that Trump’s Turnberry resort collected up to $700,000 in taxpayer funds. The former president’s other resort, in Balmedie, Aberdeenshire, received up to $100,000 in government subsidies in a span of two months.

“It is clear to us that at the very least the principles of the job retention scheme appear to have been breached by the Trump Organization, and that should now be subjected to a detailed and forensic investigation,” said Mick Cash, the General Secretary of the National Union of Rail, Maritime, and Transport Workers.

When Trump tried to persuade both Scotland and Ireland to allow him to develop golf resorts in both countries, the former president promised that the operations would bring in big tax revenue. However, due to the frequently reported losses, the Trump Organization appeared not to have paid taxes in the resorts.

In other news, Trump’s attorney Rudy Giuliani is also now under scrutiny by law enforcement officials. Giuliani’s home and office were raided by the FBI last Wednesday as part of an effort to look into his business dealings with Ukraine. However, those in Trump’s inner circle believe that the raid was meant as a message to them that they may be next.

The raid in Giuliani’s home and office in New York resulted in the FBI seizing his devices, including his computer and his mobile phone. One Trump adviser revealed that the raid on Giuliani left a sense of fear among those in Trump’s circle that DOJ officials may now be more willing to pursue investigations onto the former president and his close allies.