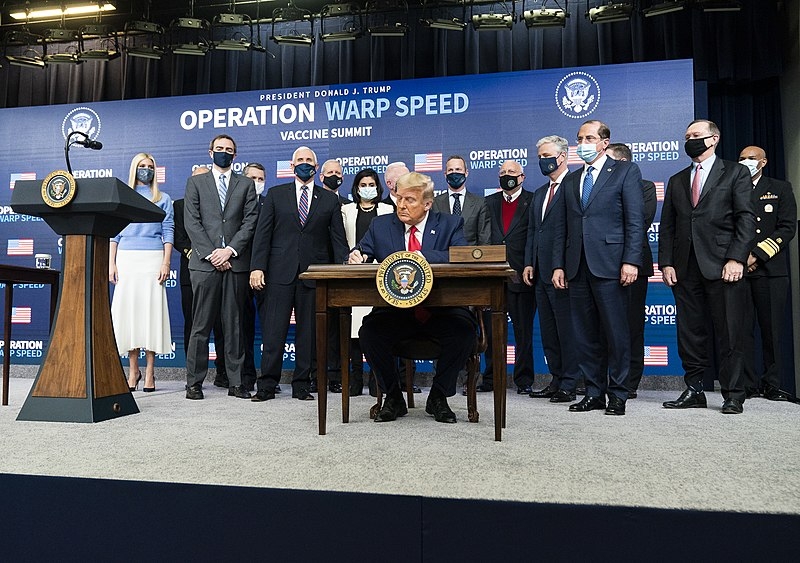 Former President Donald Trump’s administration was highly criticized for their response to the COVID-19 pandemic with reports surfacing of conflicts between experts and administration officials behind the scenes.

A new report reveals the Trump administration had given $1.3 billion to a company producing syringes for the vaccines, but no syringes were produced.

Despite having millions of COVID-19 vaccine doses already administered recently, a report has surfaced that the Trump administration gave a $1.3 billion contract to ApiJect Systems Corp. to make the syringes needed to administer the vaccines. However, no syringes have been made, and the company’s supposed plans to establish a factory with 650 jobs open remains to be seen. The syringes also have yet to gain approval from the federal government before it could be produced as well.

Nevertheless, the need for ApiJect’s syringes has now declined especially as millions of Americans have already been vaccinated. This now leaves the contracts and federal loans in the air.

In a statement to NBC News, ApiJect said it “is working with several vaccine pharmaceutical companies to conduct the testing and regulatory reviews of the COVID-19 vaccines in the ApiJect syringe.”

A spokesperson for Pfizer, however, said that even if the ApiJect syringes received all the approvals from the federal government, it would not affect their output or their process. Moderna and Johnson & Johnson did not comment.

In other news, Trump has touted the wall closing off the southern border and keeping migrants from crossing as one of his campaign pledges, an effort that Joe Biden shut down as soon as he took office. However, as the Biden administration tackles the influx of migrants seeking to make it to the US, US Border Patrol officials have often discovered ladders left alongside the wall. The officials have also had to call for assistance in Hidalgo, Texas, to clear out the discarded ladders that migrants used to scale the wall.

According to local artist and activist Scott Lowry, the use of ladders to climb the wall and cross the border proves the uselessness of the wall that Trump had planned. “Unlike the wall, these ladders are functional,” said Lowry.