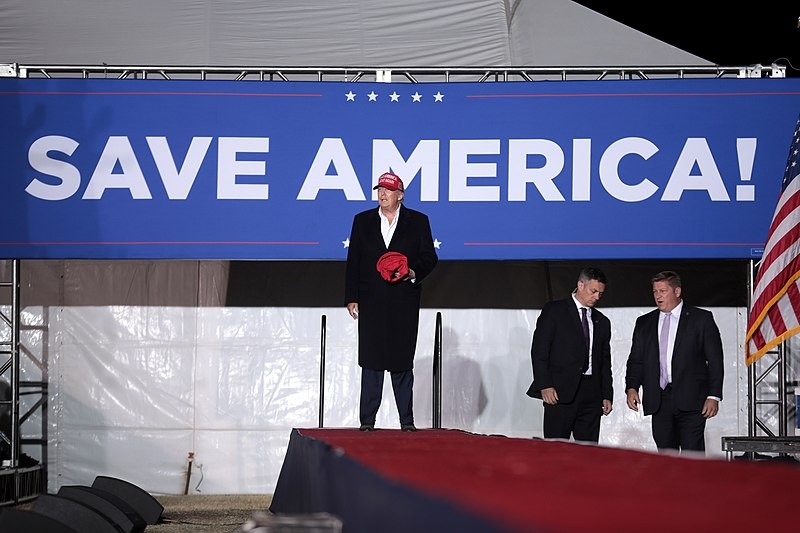 Many have expressed frustration towards the Justice Department for mostly staying quiet about ongoing investigations, especially probes into highly followed events. The recent public acknowledgment of the DOJ into the revelation of fake electors brings forward two major revelations, according to a former FBI official.

Speaking on CNN, former FBI Deputy Assistant Director Peter Strzok weighed in on the recent statement made by DOJ Deputy Attorney General Lisa Monaco. Strzok told hosts John Berman and Brianna Keilar that there are two revelations from Monaco’s statement, emphasizing the importance of the words used in the statement. Strzok explained that because the statement came from Monaco, it has more than likely reached Attorney General Merrick Garland or at least the office of the Attorney General.

Monaco revealed in her interview with CNN that the Justice Department is looking into the false election certificates falsely saying that Donald Trump won in the seven states that went to Joe Biden in the 2020 elections. The fake certificates were sent to the National Archives by the former president’s allies in December 2020.

“One, prosecutors are looking at it. What that means to me is they are examining the allegations, they’re looking at federal law, they’re seeing what the elements of the particular crimes that might be involved are and are looking where the evidence falls and doesn’t fall,” said Strzok.

“And the second thing, the last point is she says she cannot comment anymore on ongoing investigations. That means exactly what it says, that means right now there are investigations – plural – that are open and ongoing within the Department of Justice about this matter,” Strzok continued. “So that’s a very significant event and to me, it indicates just how high the level of investigation is now going within DOJ.”

Former US Attorney Preet Bahara explained that the recent developments in the Georgia probe are putting the former president in “criminal legal jeopardy.”