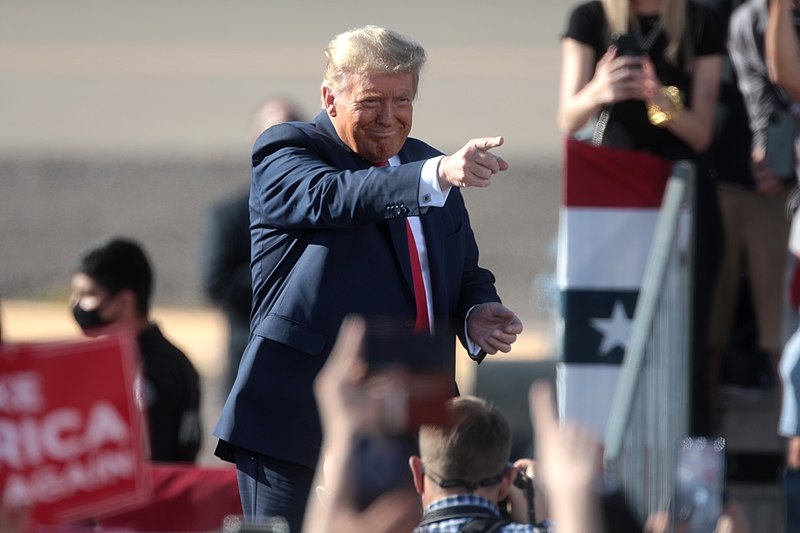 No longer in office and having lost to Joe Biden in the November elections, former President Donald Trump is facing several legal battles which would be demanding monetary compensation. Now, Trump is also being pursued by debt collectors hired by the city of Albuquerque, New Mexico, asking for compensation from his disruptive 2019 campaign rally.

Albuquerque city officials have repeatedly requested the Trump campaign to pay the city over $200,000 that they claim they are owed following Trump’s rally in the state in 2019. They have since sent the bill demanding the money to Trump’s Mar-a-Lago resort, where the former president now resides full time. This also resulted in the officials’ decision to hire a debt collection agency to pursue the Trump campaign.

Albuquerque’s Democratic mayor, Tim Keller, said that the former president may actually owe the city over $211,000. Trump held a rally in the city in 2019 and stayed at the nearby Rio Rancho. Trump’s visit led to the City Hall and parts of its downtown area shutting down for the duration of his stay as the roads were barricaded and employees were told to go home on paid leave.

“In my mind, [Trump] owes us a lot more because there was about a day and a half where we couldn’t even function as a city,” Keller said in The Daily Show with Trevor Noah. “Our resources for law enforcement are critical and limited.”

In response to the demand, Trump’s aide Jason Miller said that the Trump campaign does not owe any money and that security matters are best referred to the Secret Service rather than “whining” to the city’s news outlet, the Albuquerque Journal.

Meanwhile, the city of Washington has now reached a lawsuit settlement of $1.6 million in two lawsuits that had allegations of arrests without cause and use of excessive force on protesters at Trump’s inauguration in 2017. The lawsuits were brought by the American Civil Liberties Union of the District of Columbia and attorney Jefferey Light on behalf of the protesters.

The lawsuit alleged that the police chief at the time, Peter Newsham, as well as over 20 other officers, engaged in “supervised constitutional violations including mass arrests of demonstrators without probable cause, unlawful conditions of confinement for detainees, and use of excessive force.”