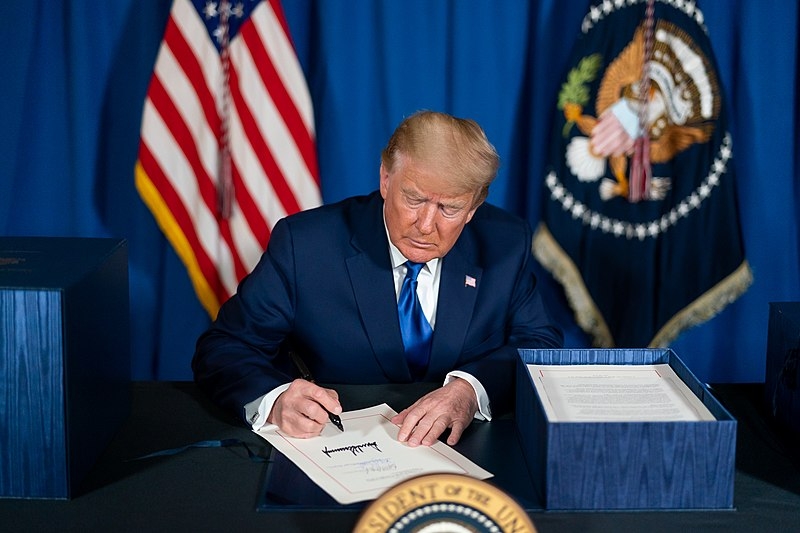 Former President Donald Trump was largely out of the public eye in the first few weeks since Joe Biden’s inauguration in January. With more and more photos of the former president surfacing on social media, it was revealed that Trump’s post-White House office was a repurposed dressing room in his Mar-a-Lago resort.

First reported by the Washington Post back in February, CNN further confirms that Trump’s post-White House office is a repurposed bridal suite above the ballroom of his Florida resort and residence. Speaking on CNN’s “New Day,” reporter Gabby Orr confirmed the detail of Trump working in an old bridal suite in his resort. Orr added that, as per her sources, there was nothing set up for Trump when he left Washington and that the former president was initially hesitant to turn the old bridal suite into his office.

“When you see these photos surfacing now of him meeting with candidates and former aides down there, those are actually being taken from the bridal suite above Mar-a-Lago’s ballroom, which is serving as his office,” said Orr.

Without a social media platform, Trump has since turned to phone-in interviews and issuing statements through his post-White House office, his aides, and his Save America PAC. The statements being issued by Trump strike the same tone as his Twitter posts before his permanent suspension from the platform.

Trump has also hinted at a possible 2024 presidential bid to seek another term in the White House after his loss to Joe Biden last November. Should he officially run a reelection campaign for 2024, Trump was pressed on who he would pick as a running mate. The former president revealed that he would consider Florida Governor Ron DeSantis to be a possible running mate.

This is despite DeSantis becoming a top contender among the Republican Party for a presidential run. Trump and DeSantis agree on the same policies, and the former president endorsed DeSantis’s bid for the state’s governor in 2018.