Canadian employment likely declined in November, jobless rate to have risen to 9 pct 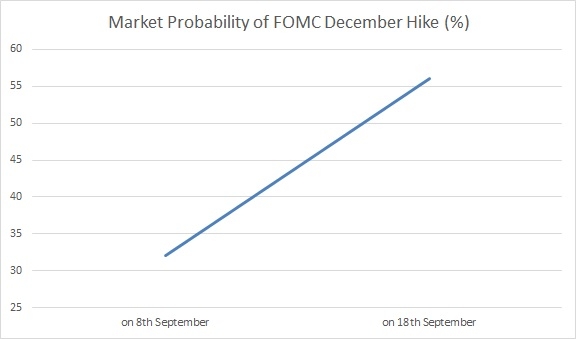 Last week, the media focus was largely on UK inflation report, followed by Bank of England’s (BoE) rare guidance on rates and less attention was paid to the market pricing of hike bets. The financial market’s pricing of hike probability clearly shows the investors are becoming increasingly nervous over inflation. The chart shows how the hike bets evolved dramatically in just matter of days.

The market is currently pricing 56.9 percent chance that the next hike from the Fed will be in December and that is despite dovish commentaries from several FOMC policymakers. This clearly indicates that the market is becoming concerned over inflation and discounting dovish views from the rate-setting committee.