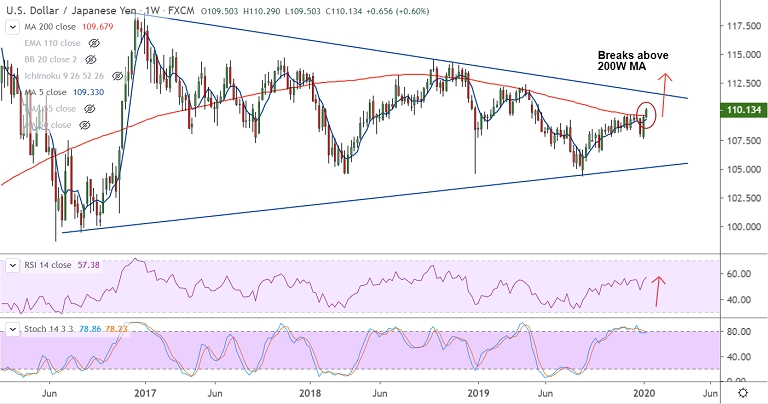 The pair has ended consolidation and has entered into a bullish phase, jump till 111.70 likely.

Focus now on the University of Michigan preliminary Consumer Sentiment Index for January which is expected to remain upbeat.