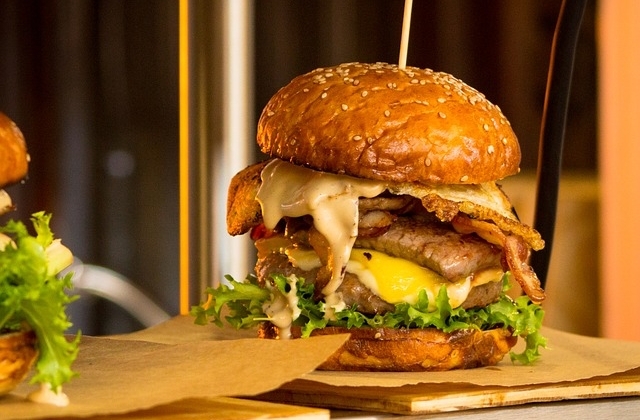 Gordon Ramsay has opened his first burger restaurant in South Korea and it was built at the Lotte World Mall located in Seoul. The store is simply called the "Gordon Ramsay Burger," and it reportedly attracted a number of celebrities and social media influencers.

As per The Korea Times, the lavish burger joint was already visited by famous people including company CEOs since it first opened on Jan. 7. Many of those who have already dined out wrote out their dining experiences online.

Prior to the official launch of the Gordon Ramsay Burger store, there was a pre-opening event from Dec. 30 and it was said that at least 2,000 people have registered for reservation. The registration for pre-opening reservations started on Dec. 20 and all seats were said to have been booked within 30 minutes.

It was noted that the burgers at the restaurant are stunningly pricey but despite this, many still chose to try it out. The price range of the burgers starts at ₩30,000 which is equivalent to around $25. The most expensive item is probably a burger that costs ₩140,000.

The high prices only attracted high-profile foodies and social media influencers. They posted their reviews afterward for their millions of followers to know how the burgers taste like.

Most reviews were very positive regarding the taste and high quality of the foods served. However, apparently, the only downside is the hefty price tag thus there are some who are commenting that they would rather go to a barbecue restaurant than spend ₩140,000 for just one burger.

The Gordon Ramsay burger outlet in Seoul is the very first branch in Asia. It is also the fourth store in the world after London, Chicago, and Las Vegas.

In any case, Wow Korea reported that the high-end burger restaurant is located on the first floor basement of the Lotte World Mall in Chamsil. It sits in a 330 square meters space and the dishes are prepared and served directly by the store's highly skilled chefs.

The interior is lavish and unlike the other burger joints, it can be considered a fine dining restaurant. Although he is not physically present, Gordon Ramsay, a 3-star Michelin chef, personally supervises the menu.