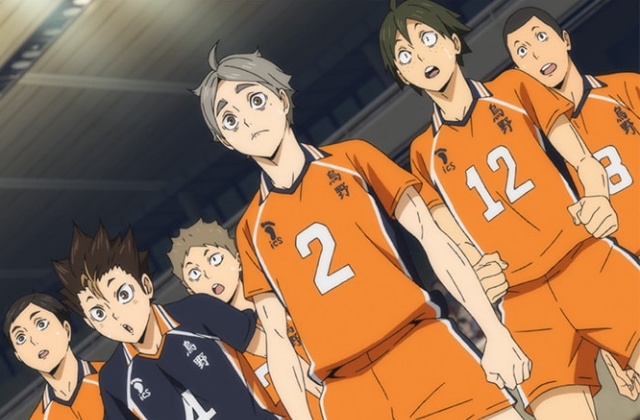 The game between Inarizaki and Karasuno High tied in the second set game match thus the third set has started. The former is raring to go and to get back and lead the game once again.

In the previous episode titled "Hero," the third set is ongoing and Karasuno High is leading by a few points. Daichi Sawamura then got the ball for service but he was not satisfied with his serve. He thinks that he did not put more power so even if they are leading, he was not happy.

Then again, he compensated for his shortcoming by receiving the attack from Osamu. Inarizaki failed to score since the rival’s Daichi successfully received it and the ball is back on their court.

With the ball in their hands, Rintaro Suna prepared to launch an attack and it was successful. Kei Tsukishima tried to block the ball but Suna exerted more power and his spike went past the blocker. Daichi then launched a spike which surprised Atsumu and Suna.

This is Kinoshita’s last chance to showcase his skills and he wishes to end the game with him being hailed as the hero so he studied every move that he will make. He is focusing on his serves to show his worth as part of the team.

Elsewhere, “Haikyuu” season 4 episode 21 also revealed the backstory of Osamu and Atsumu Miya. The flashback highlighted the story of how the twins became great volleyball players that are feared on the court.

Spoilers - What’s up next

In the upcoming “Haikyuu” season 4 episode 22, fans can expect a more aggressive play by both teams since this is their last round. The final winner will be determined and no one wants to lose.

As posted on the anime’s official website, “Haikyuu” season 4 episode 22 has been titled "Haken" and its plot summary reads: “Inarizaki regains momentum inspired by the devoted setup of Miyayu. In such an inferiority of Karasuno, a play that changes the flow of the game pops out.”

Apparently, Karasuno High is likely to use a new strategy that will change the flow of their game. They need to do everything until the remainder of the third set so a new plan may be brought up.

“Haikyuu” season 4 episode 22 has been scheduled for release on Nov. 27, as per Game Revolution. Fans can head to Crunchyroll to catch this episode and not miss the ending of the Inarizaki and Karasuno High match.