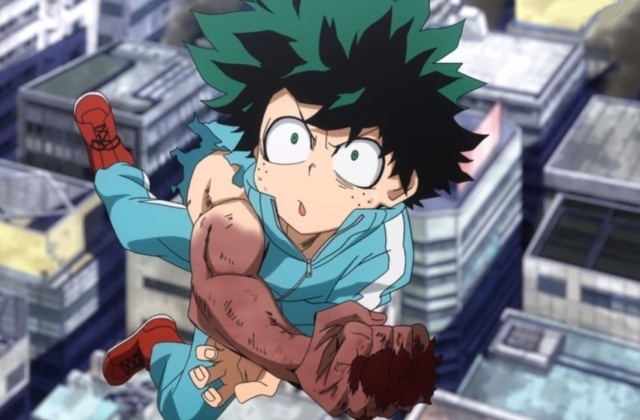 Photo by: My Hero Academia/Facebook

The drama in this anime has deepened with the appearance of Dabi who claims to be Toya, Endeavor’s eldest son. There is still some shock with what this villain was saying and the whole Todoroki family was also confused on top of being astounded.

“My Hero Academia” chapter 292 will reveal more about Dabi and his intentions for coming back with the League of Villains. He also announced that Endeavor is the villain one as well as Hawks.

In the previous chapter 291, titled “Thanks for Going Strong,” Endeavor could not believe what he just heard from Dabi. He declared that he is Toya but Enji saw his son burned to death.

The flame hero then straight out told Dabi that he is not making sense because his eldest son is dead but Dabi retorted, “I’m still alive dad.” To prove his claim, he told Endeavor that he took a DNA test and the result is already being shown on TV as they speak.

He said that he was able to take a sample of Enji’s blood after he fought with Kyushu. Now the test results show a 99.9% match. In a pre-recorded video that was being aired on TV, Dabi went on to narrate how Endeavor forced his wife to bear more children because he wants to create an ultimate hero that can have both his and Rei’s powerful quirk.

After destroying Endeavor’s reputation as a hero, Dabi also accused Hawks of killing Twice and Best Jeanist. This is another attempt to paint the heroes as the real villains. But it turned out that the video showed on-air was manipulated to make the Pro-Heroes look bad to the public.

Elsewhere, Spinner and Mr. Compress are trying to wake Tomura Shigaraki up. Because he passed out, they can’t use Gigantomachia to protect them and only Tomura can tell him what to do.

What to expect - Plot predictions

In “My Hero Academia” chapter 292, Dabi’s lies would be unveiled as Best Jeanist unexpectedly showed up. His appearance proved that he was not killed by Hawks as claimed by Dabi. he is alive and so the public is now doubting Dabi - Can they trust his words?

Shoto is divided because he knows where Toya’s anger is coming from while he also knows that his father is a good hero. He doesn’t know what to do but at that moment, he asked his father to come to his senses.

“My Hero Academia” chapter 292 has been scheduled for release on Nov. 29 as there will be another delay this week, as per Otakukart. Fans can head to VIZ Media to read the next story.