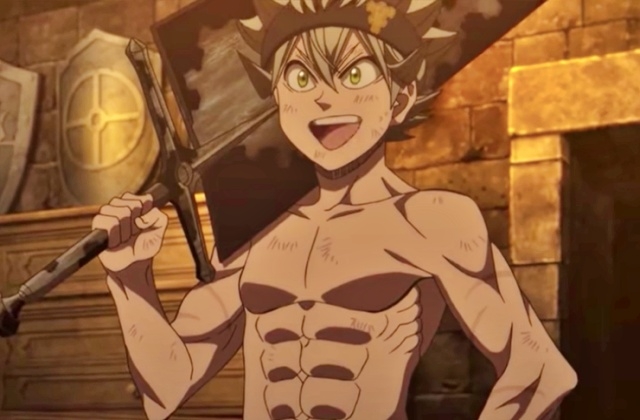 Asta and his AMD have finally sealed a contract through the devil binding ritual that was started by Nacht. To sharpen their skills as one, the vice-captain of the Black Bull squad challenged Asta and Liebe to a fight.

In the previous “Black Clover” chapter 271 titled “Devil Union Mode: Canis,” Asta and Liebe have become one after the devil binding ritual made it possible for Asta to merge with his devil. This will make him more powerful and he also gained back his arm as well when the AMD named Liebe agreed to unite with the wielder of the 5-leaf clover grimoire.

After Nacht challenged them to a battle, the vice-captain was able to break the two apart with his attack. Liebe then transferred his power to Asta so he can gain more strength and fight Nacht. However, they were warned that this transferring of energy is not uniting Asta and his devil but rather, he is only draining Liebe’s ability as he uses them up.

Nacht explained that the only way he could get stronger and gain enough power to battle with the Dark Triad is to successfully fuse with his devil but this is proving to be a difficult move for Asta and Liebe. The trio tried to polish how the two could merge and fully use the power they have together.

Nacht explained again that they are not merging as they should where one will only gain the full power. This is because Asta preferred to have an equal contract with Liebe. Asta said that he is confident, they will be able to conquer this hurdle and exceed his own capacity limit.

Spoilers - What will happen next

Asta and Liebe are expected to finally learn how to gain their real power when they are fused. They will eventually know-how when they continue to battle Nacht in “Black Clover” chapter 272.

Apart from the fightings and training, the upcoming chapter will also show Asta and his devil finally getting along and enjoying their brotherly bond. Asta will also use Yami’s Katana after he managed to get it. He will now use a new sword called Demon Decapitator Kata.

Flashbacks could be in place in “Black Clover” chapter 272 and the training between the fused Asta and Nacht will also end here. The goal to save Yami and William may commence as the training ends.

“Black Clover” chapter 272 will be released on Nov. 20, as per Otakukart. More spoilers could arrive on Nov. 18 or 19 since the raw scans are expected to be uploaded at these dates.