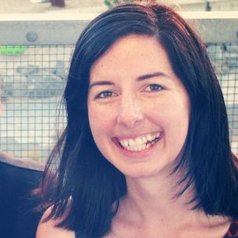 In moments of fierce political competition, there’s one topic where most candidates find common ground – and that’s infrastructure spending. Pledges to spend more on transport, energy, water, waste and telecommunications systems are seen as vote winners in democracies across the globe.

In the United States, Donald Trump promised to deliver a trillion-dollar infrastructure plan. And, in the UK general election campaign, all major parties made substantial commitments for infrastructure in their manifestos. Even the far-reaching austerity policies favoured by Western governments across the globe have failed to put a dent in infrastructure spending.

But, while parties across the political spectrum readily commit to big-budget projects, it can be difficult for voters to know what outcomes to expect from the billions pledged toward infrastructure. Here are some tips to help you make sense of the sweeping claims and enormous pledges that politicians are wont to make regarding infrastructure, whenever a poll approaches.

Governments as far apart as the UK, Australia and New Zealand promote themselves based on their big infrastructure budgets. But not all investments are the same – and a big budget doesn’t guarantee better value for the public. Infrastructure spending can be broadly divided into capital expenditure (building new things), operations (running what we already have) and maintenance (repairing what we already have). Getting value from infrastructure requires good decisions across all three categories.

Politicians love building new infrastructure: ribbon-cutting, high-vis vests and hard hats are a PR opportunity which few can resist. Photo-ops aside though, politicians may also favour big projects over smaller ones because it’s easier to overcome opposition and see them through to fruition. Yet investments in big-ticket infrastructure projects should be made with clear goals in mind. Unless an investment addresses a clear public need, it can easily result in a white elephant. For example, the rationale for the UK’s HS2 – a high-speed rail link between London and northern England – has changed several times throughout its planning phase, suggesting that it may be a project searching for a problem to solve. What’s more, the project’s ability to regenerate the country’s north (one of it’s key selling points) may depend on complementary investments across the region, in addition to the rail link. Critics of the project claim it could be a costly mistake. Spending on maintenance, or changing how you use existing infrastructure – while less flashy – can be just as effective. For example, re-franchising and extending the East London Line into the London overground network dramatically changed transport provision in the area. The low-frequency commuter service was transformed into a high-quality local service by linking together two existing lines with higher frequencies, improving trains and upgrading stations. Huge value was created by changing how the line was operated, rather than building a completely new one. Similarly, if maintenance spending is cut when budgets are tight, systems can degrade faster and fail earlier. The 2016 water crisis in Flint, Michigan is a prominent example of this. Cost-cutting led the city to switch the water supply to the Flint River in 2014. The river water was more corrosive – and a combination of deteriorating infrastructure networks and poor monitoring of water quality led to dangerously high concentrations of lead in the city’s water supply.

Since the 1980s, governments worldwide have relied on the faulty assumption that infrastructure investment stimulates economic growth. The problem with this is that you can’t easily detect cause and effect – so it’s difficult to tell whether large-scale infrastructure investment actually causes growth. Statistical analysis of empirical studies between 1990 and 2012 found that, on average, the correlation between investment and growth was positive but small – and highly variable. The wisdom of making public investment decisions based on such evidence is questionable.

Instead, new research suggests that the link between infrastructure investment and growth actually hinges on the quality of government. Government quality is determined by several measures, including transparency, appropriate use of evidence and expertise and robust processes within institutions responsible for infrastructure investment. Data from EU regions showed that improvements in local roads was only connected to growth where government quality was higher. This strongly supports the case that it’s not how much you spend, it’s how you spend it.

To truly communicate the value of infrastructure spending, politicians should explain (and you should ask) how it will deliver real-world outcomes – say, by improving your daily commute to work. Or – even better – how it will improve the commute of the person who makes your coffee or cleans your office. After all, travelling to work tends to be more expensive, and take longer for low-income workers. A bit of a drag. Mister Wind-up Bird/Flickr, CC BY-NC

These days, one of the most important outcomes to consider is the impact that infrastructure has on the environment. To address climate change, sustainability should be a priority in any infrastructure policy. It’s important to know if energy is coming from low-carbon sources, and if new investments give people a chance to switch to public transport, walking or cycling, or promote the use of electric or low-emission vehicles.

Cities are a special case

Infrastructure is often talked about in terms of the great feats of engineering such as Bazalgette’s sewer system and underground railway systems. While advances in engineering are impressive, the political importance of infrastructure projects lies in what purpose they serve – whether it is for the benefit of public health, getting to work or school, or reliable access to energy and telecommunications.

So, the next time politicians promise to spend big on infrastructure, it’s important to ask how it will improve quality of life, support economic development and maintain and operate the vital infrastructure we already have – as well as funding shiny new projects.