Nearly 80% of Australians affected in some way by the bushfires, new survey shows

In the midst of an LNG export boom, why are we getting so little for our gas?

Boris Johnson's cabinet reshuffle: what you need to know

Natural supplements can be dangerously contaminated, or not even have the specified ingredients

Coronavirus: the blow to the Chinese economy could be felt for years

Deepfakes: five ways in which they are brilliant business opportunities 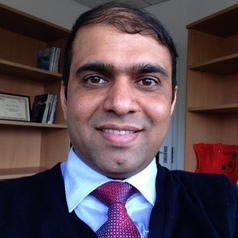 It’s been more than two decades since Britain’s retail electricity market was opened to full competition in 1999. Before that, retail supply was provided by state-owned entities with regional monopolies. Today, all consumers, including households and businesses, are able to “shop around” for their electricity, switching to a different supplier or tariff to take advantage of better prices and services.

In principle, that is exactly what liberalised retail markets are supposed to provide: greater consumer choice and protections. But that’s only the case if it’s easy for consumers to switch suppliers and for new suppliers to enter the market. That’s how markets are supposed to stay competitive to deliver low prices and a high quality of service. That was the great hope of electricity policy in 1999, but after two decades, there’s little to celebrate.

To enhance competition, smaller suppliers have been exempt from contributing towards the cost of decarbonisation policies. Known as “the threshold obligation”, this encouraged the entry of smaller companies into Britain’s retail electricity market, but the increase from six suppliers in 1999 to more than 70 in 2019 came at a cost. Many new suppliers have gone bankrupt due to unsustainable business models, resulting in consumers footing unpaid industry bills.

The retail market is designed for a tech-savvy, informed consumer, who actively switches suppliers to benefit from a cheaper tariff. But over 50% of British consumers are on the default “standard variable tariff”, which is the most expensive. This implies that most people are passive consumers, and don’t shop around at all. While suppliers that are exempt from the threshold obligation can offer lower tariffs, these only tend to benefit active consumers who seek out and switch to them. These consumers tend to be better off anyway, with better access to information and the time to compare choices.

The costs of decarbonisation and social policies are eventually recovered through electricity bills, so passive consumers end up bearing a disproportionate proportion of these costs. This has sparked debate about how to protect passive consumers from retailers who charge them more than others for the same service.

In January 2019, the energy market regulator, Ofgem, put a cap on the price of default tariffs to prevent disengaged consumers being exploited. But this won’t work if the barriers to switching remain in place.

At the moment, consumers can’t easily access information about different electricity suppliers, and the market is so complex that they don’t feel confident to switch even if they wanted to.

Power to the people

Not only has the retail market failed to achieve its original objectives for consumers, it also hasn’t kept pace with technological change and the need to transition away from fossil fuels. Since 1999, the electricity sector has undergone a transformation. Consumers can now generate their own electricity through solar panels and sell it back to the grid.

There are companies that aggregate smaller consumers into groups and buy and sell electricity on their behalf. Community energy services allow local communities to collectively own a renewable energy project such as a wind farm and generate, store, consume and sell their own energy.

There are multi-service providers that don’t just sell electricity, but internet and telephone access too. These business models are possible today but were unthinkable in 1999.

Existing market regulations prevent these new services from being brought into the market by new players, because their business models aren’t aligned with traditional electricity suppliers and the existing system. If one of these new providers wanted to offer consumers free electricity with the purchase of an electric vehicle, this might require a consumer to have more than one supplier for the same premises – one which supplies electricity to the vehicle and another that satisfies the rest of the consumer’s demand. But at the moment, you’re only allowed one supplier as your single point of access to the retail market.

Regulations need to keep pace with this transformation. With the growth of “prosumers” – people who generate their energy as well as buying some – the electricity market is changing. Top-down structures in which traditional suppliers act as the primary liaison may no longer be the dominant model in the future.

As the cost of solar panels and battery storage falls, more people will take to generating their own energy, and the electricity system will become more decentralised. That means more power and control for consumers over their own energy use and bills.

But in order for everyone to benefit, the government should reconsider its current policy of funding renewable energy projects through an extra fee on electricity tariffs. Tariffs are charged based on how much electricity someone buys from the grid. A prosumer, with rooftop solar panels that generate their own electricity, needs to buy less energy from the grid, resulting in higher prices for remaining consumers.

Britain’s retail electricity market has changed beyond recognition in the last 20 years. Energy policy has to catch up, and fast, to meet the urgent challenges of decarbonisation and fuel poverty.