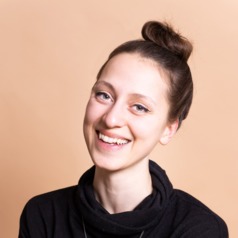 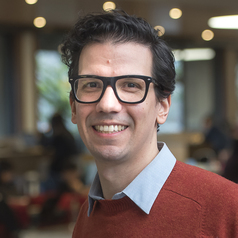 COVID-19 has not only upended our personal lives, it has dramatically changed scientific research. In response to the rapid spread of the virus, scientists around the world have had to find new ways to collaborate and solve problems, all at speeds previously thought unimaginable. Indeed, until very recently, the idea that a new vaccine could be developed, tested and distributed in less than a year would have seemed impossible.

The rapid pace at which science is moving is exciting. In addition to producing vaccines, scientists have found ways to prevent the virus from spreading, dispel pandemic myths and identify communities most at risk of falling ill. But the “warp speed” at which science is moving can also be dangerous, especially when inconclusive or unverified research studies gain public attention.

As researchers studying science and health communication, our team has been paying close attention to the way one form of preliminary research — the preprint — makes its way to audiences.

Preprints are scientific manuscripts that are posted online but haven’t been formally verified by the scientific community. Scientists use them for many reasons, from getting early feedback on new work to sharing findings that are important but may never make it into a journal.

Preprints can also help make research more accessible because they are free to read, while many journal articles are not. They can also be published by scientists without any delays, as opposed to the many months (or even years) it takes for a study to go through peer review and be published in a journal.

For some findings, waiting for a paper to pass through two or three independent researchers — or academic peers — who read the study and assess its rigour, originality and significance, is a manageable delay. But for others — like those about promising new drugs, prevention strategies or medical therapies — speed can make a big difference. In these cases, posting a preprint means that other scientists can start working on replicating the results right away, potentially allowing new treatments or vaccines to be approved months or even years ahead of schedule.

This speed advantage is one reason that preprint use has skyrocketed during the COVID-19 pandemic. When almost 800,000 people worldwide are falling ill every week, faster science isn’t just about convenience: It’s about saving lives.

A 2019 panel presentation at Johns Hopkins University on the role of preprints in scholarly research.

Preprints in the COVID-19 pandemic

While preprints have an obvious advantage for scientists, things can get tricky when these preliminary studies make their way outside of the scientific community.

Early in the pandemic, for example, two high profile preprints linking tobacco and COVID-19 prevention started to receive a lot of media coverage. Although the studies turned out to be highly flawed, many readers took the findings to heart, sparking unnecessary panic and encouraging smoking.

The tentative nature of preprints is one reason journalists have historically been discouraged from reporting on them. But with the onset of the pandemic, and few relevant peer-reviewed studies to draw on, journalists were left with little choice but to cover these preliminary reports.

Indeed, in the early months of the pandemic, COVID-19-related preprints were more than 200 times as likely to receive media coverage than preprints on other topics, according to a study posted (as a preprint) last year.

In our peer-reviewed study, we found that, unfortunately, the preliminary nature of these studies wasn’t always communicated consistently. Of the more than 450 media stories we analyzed, only about half accurately portrayed preprints as being uncertain or unverified research.

Surprisingly, it wasn’t just the newer, less traditional media outlets that failed to identify the research as preprints. Even established publications like the New York Times did not always describe the preprints they covered as preliminary.

While this coverage of preprints isn’t in and of itself a bad thing, it can be dangerous if the tentative nature of the science isn’t made transparent. Luckily, journalism associations are starting to develop recommendations for covering preprints responsibly.

Preprint servers, or online collections, like bioRxiv and medRxiv, have also started posting “warning” messages alongside new studies to remind readers not to treat the findings as established facts.

Until these best practices become commonplace, however, it’s up to all of us to develop the skills we need to make responsible and well-founded decisions about our health. Learn to read science papers critically, remember to fact check questionable claims, and, most importantly, always think before you share.

As science communicator Liz Neeley so aptly put it, “We are all science communicators now: COVID-19 has conscripted us.” Preprints may be here to stay, but if we learn to communicate responsibly about this preliminary research, the confusion they generate doesn’t have to be.