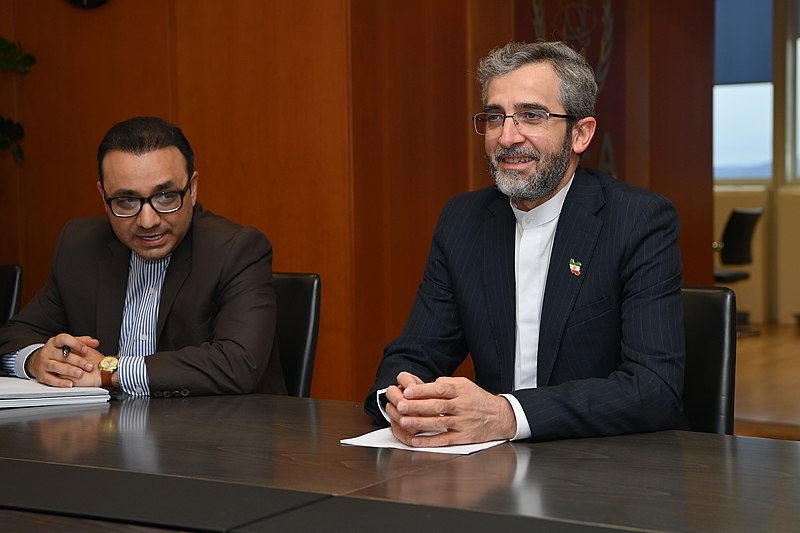 The indirect negotiations between Iran and the US that sought to restore the 2015 nuclear deal took place in Doha, Qatar this week. However, following the latest meeting for discussions, no progress was made.

EU envoy Enrique Mora said there was no progress made in the indirect talks between Tehran and Washington to restore the nuclear deal. The talks this week took place after the negotiations were put on hold since the beginning of Russia’s war in Ukraine. Mora said the talks ended without the progress “the EU team as coordinator had hoped for.”

“We will keep working with even greater urgency to bring back on track a key deal for non-proliferation and regional stability,” said Mora.

A spokesperson for the US State Department also confirmed that no progress was made in the indirect discussions – as Iran refuses to directly engage with the US – as Tehran “failed to respond positively to the EU’s initiative and therefore…no progress was made” in the latest round of negotiations.

Mora served as the coordinator of the negotiations between Iran’s lead negotiator Ali Bagheri Kani and US special envoy for Iran Robert Malley in separate rooms in a hotel in Doha.

Iran’s foreign ministry spokesperson Nasser Kanani said Bagheri Kani and Mora “will be in touch about continuing the path and the next stage of the talks,” according to Iran’s Tasnim news outlet.

Progress was picking up on the deal in March but the 11 months of discussions between officials in Vienna were derailed mainly over Iran’s insistence that its Islamic Revolutionary Guard Corps be removed from the US Foreign Terrorist Organization designation.

Another regional rival of Iran, Israel, is also looking to have some influence over the new agreement that would emerge from the indirect negotiations, Israeli defense minister Benny Gantz said Monday. While Israel is not involved in the negotiations, it has raised concerns about the outcome of the deal, along with long-standing threats to take unilateral action against Iran, which has some influence in the west.

“With the expected or possible resumption of the nuclear deal, we will continue to work together with the United States and other countries in order to make our position clear and influence the crafting of the deal - if there is such,” Gantz told reporters.

“It would be proper to make clear that Israel does not oppose a nuclear deal in itself. It opposes a bad deal,” said Gantz.