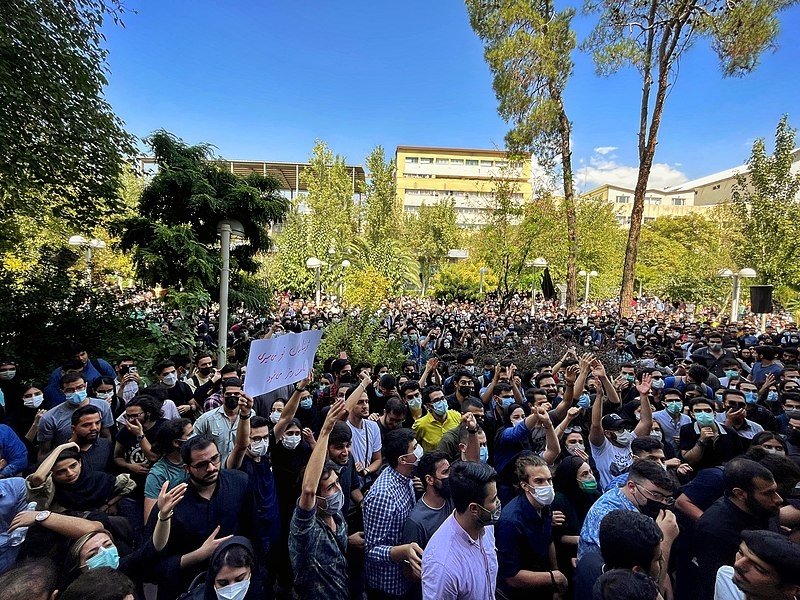 The protests in Iran continue over the death of a woman in the custody of its Morality Police, leading to widespread condemnation. Tehran has sought to paint the West as responsible for the demonstrations as it summoned the British and Norwegian ambassadors over the coverage of the protests.

The Iranian foreign ministry summoned the United Kingdom’s ambassador following the response to the “hostile character” of the London-based Persian language media outlets.

The British foreign ministry said it advocated for freedom of the press and condemned Tehran’s “crackdown on protesters, journalists, and internet freedom,” as social media platforms were curbed to downplay the protests.

The Norwegian ambassador was also summoned by the Iranian foreign ministry to explain the “interventionist stance” of its parliament speaker, Iranian-born Masud Gharakhani, who has voiced support for the protests.

Gharakhani doubled down on his stance on social media Sunday, saying that if his parents did not decide to leave Iran back in 1987, he would be among the protesters today.

Iranian foreign minister Hossein Amirabdollahian also criticized the United States for supporting the ongoing protests and accused Washington of trying to destabilize Iran, saying that the support for protesters contradicts its stance on stability in the region and for the nuclear deal.

Widespread protests erupted following the funeral of Amini, who died in the custody of the Morality Police. Amini was arrested and detained over the police’s enforcement of the country’s restrictive dress code on women, with the protests turning into the largest in years. Protests spread in several areas, including the capital Tehran according to activists.

Women played a major role in the protests. Some publicly cut their hair in defiance, while there are those that publicly burned their hijab as crowds called for the downfall of the country’s Supreme Leader Ali Khamenei.

Germany summoned the Iranian ambassador Monday in an effort to urge Tehran to stop its brutal crackdown on the ongoing protests and allow peaceful demonstrations.

“We call on the Iranian authorities to allow peaceful protests and to not deploy further violence – in particular not fatal violence – against protesters,” tweeted the German foreign ministry. “We also communicated that directly to the Iranian ambassador in Berlin today.”

When pressed on whether sanctions would be imposed on Iran for the violence, the foreign ministry spokesperson said all options are being considered with other European Union members.