Heineken pokes fun at Steinlager for copying its branding 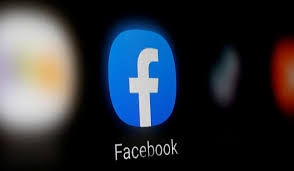 The AGCM launched further proceedings against Facebook in 2020 for failing to inform users “with clarity and immediacy” about how it monetizes data.

The Italian Competition Authority (AGCM) has again fined Facebook, this time for $8.4 million, for failing to comply with an order to how it informs users about the commercial uses of their data.

The AGCM had fined Facebook €10M for two violations of Italy's Consumer Code in 2018. The watchdog began investigating certain commercial practices by Facebook that year, including what it tells users at sign-up and the lack of an option out for advertising.

The AGCM launched further proceedings against Facebook in 2020 for failing to inform users “with clarity and immediacy” about how it monetizes data.

According to AGCM, Facebook Inc. has not complied with its warning against incorrect practices on data use and has not published the requested corrective declaration.

It added that their finding against Facebook are key information to weigh up in deciding to join Facebook, given the value it gains via the transfer of their data.

Facebook. which argued that it’s fair to say it provides ‘free’ service if there’s no monetary charge for use, has been fighting the AGCM’s order.

A decision of its appeal against the non-compliance proceedings, with a hearing taking place in September, is still pending.